The Italian gas distribution sector have been under a deep reform process for the last 15 years. The aim of the reform is enhancing competition - through auctions for the market access - and efficiency - though the definition of minimal concessions dimension. The expected outcome is a complete redesign of the sector: the number of concessions will decline from 7400 (municipal level) to 175 (optimal territorial dimension), with the expected halving of operators, now 230, and a foreseeable change of operator for 30% of the network, with transactions valuing 5 bln euros. It could be the occasion also for the completion of the sector privatization: public local authorities still own 10% of the network and, on average, 34% shares of distributors owning the rest of the grid. But there is a concrete risk that such process become a never ending story, leaving the sector in the uncertainty for years, losing the memory of the original objectives and missing the final targets. 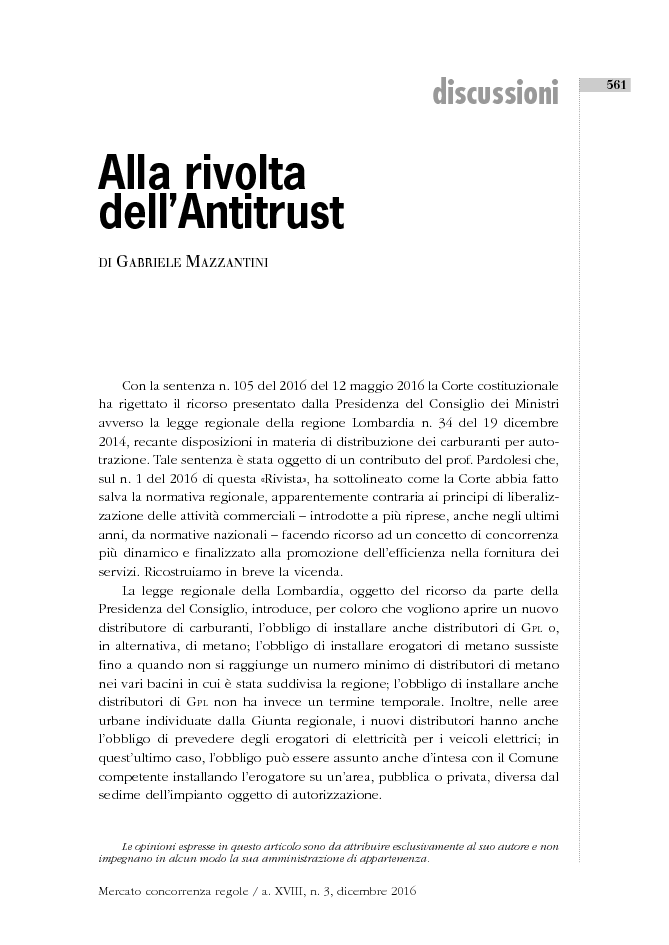