The paper unpacks the first Guidelines on the method of setting fines of the Italian Antitrust Authority (the «Iaa»), which were adopted on October 2014, with the aim of providing a critical and systematical analysis. For this purpose, as a starting point the national Guidelines are assessed against the background of the European Commission's own fining Guidelines, in order to underline differences and similarities existing between the two soft law instruments. The paper then turns to thoroughly discuss the aspects of novelty enclosed in the Guidelines. The latter concern, on the one hand, a set of clear-cut rules on various practical aspects of the antitrust fine quantification, which accordingly limit the Iaa's own discretional power in the procedure for setting fines, and, on the other hand, interesting provisions with respect to mitigating and aggravating circumstances. Notwithstanding the overall quality and value of the Guidelines, well acknowledged by the authors, several critical remarks and suggestions are put forward with respect to few specific issues and, overall, to the (weak) systematic coordination of the Guidelines with the general discipline of the administrative fines laid down in law No. 689/1981. 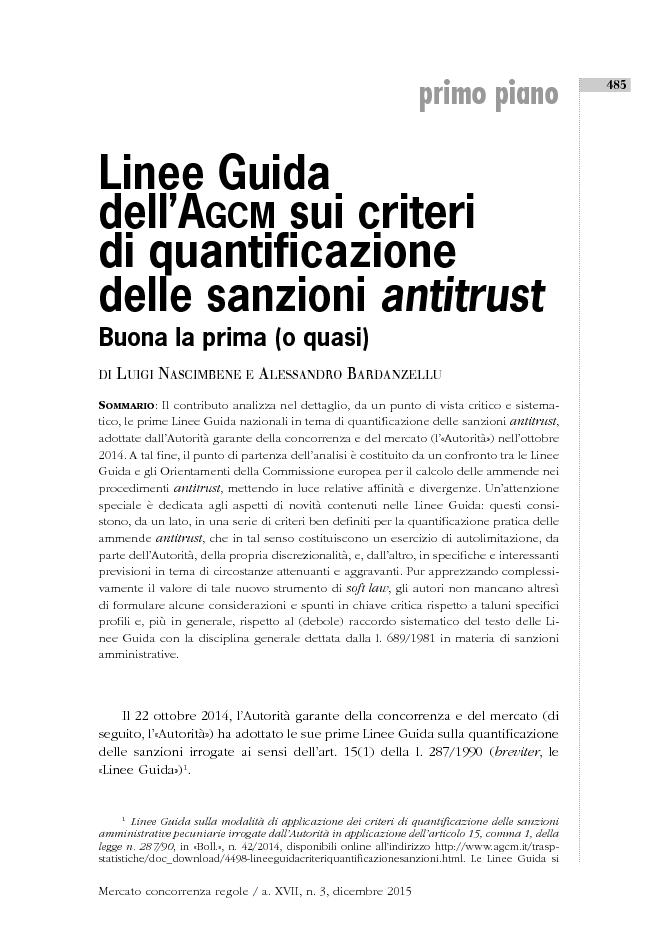