Law decree 6 December 2011, n. 201, assigns to the Italian competition authority new powers for strengthening its competition advocacy functions and modifies the turnover thresholds for merger notification. The Authority is now obliged to provide a report on all government proposals that may affect competition. While such new powers are welcome, they have to be coordinated with the provisions of decree n. 170/08 on regulatory impact analysis in order to avoid duplications and overlapping. The power to request the Courts to overrule acts of public Administration that violate the competition rules should be interpreted as implying that the Authority could intervene when such acts require or favor the adoption of practices contrary to the antitrust rules, extending to a domestic authority the powers of the European Commission. Finally law decree 20 January 2012, n. 1, unifies the merger notification thresholds that were previously in place, leading to the establishment of the highest domestic thresholds in the Eu. Considering international best practices, it would have been better to introduce a system where notification would be mandatory when the domestic turnover of two of the firms involved in the merger was above 30 million euro. 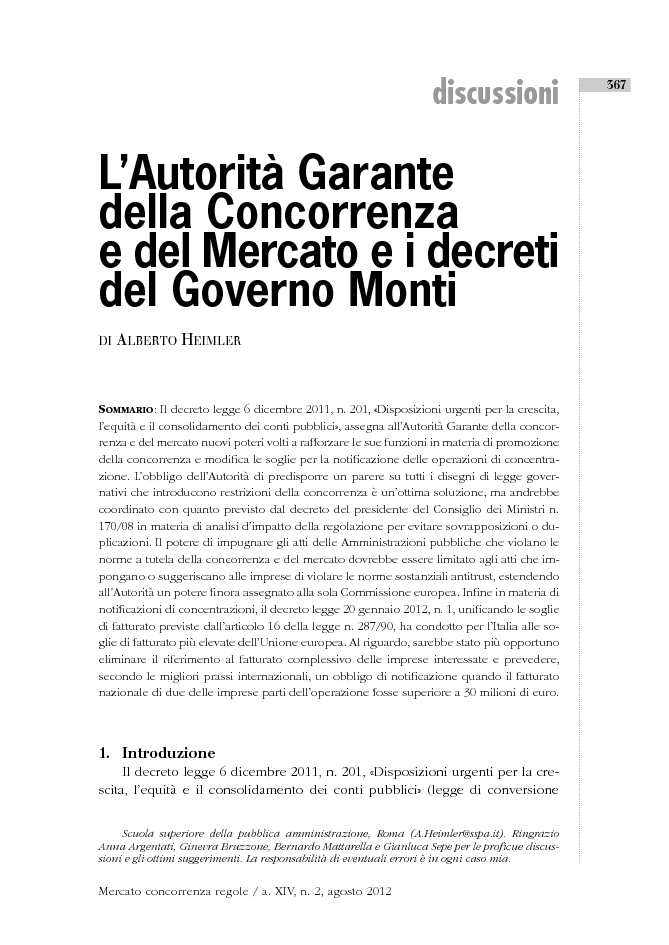