Since the bursting of the crisis's governments and central banks intervened in an efficient and coordinated way along three lines: rescuing ailing banks with massive injections of public capital; giving a public guarantee on banks' liabilities; assuring unlimited availability of liquidity at very low interest rates. Meanwhile, preparations were made to adopt regulatory reforms necessary to make the system not only more robust but also to allow it to absorb future shocks without having to burden the public coffers or, consequently, taxpayers. This two-phase strategy failed because the second wave of the crisis, this one a crisis of sovereign debt, has blocked a process of reform that had already been to a large extent hampered by the banks, whose concern was limited to the immediate costs of the reforms. This article traces the pertinent events of the last few years and, in particular, the crisis facing the Eurozone countries, which has become the most acute problem of all. The article contends that the piecemeal decisions taken by Europe have proved systematically to be too little too late - above all because they have provided excessive protection for the interests of the banks (and in particular those of banks in creditor countries). The article concludes that, whatever the future may hold, the current problems demonstrate once again that the relevant banking regulations are in need of a profound transformation and that the drastic measures still fiercely opposed by the banks (for example, the separation of retail banking activities, economic services, and high-risk financial services) have to be given serious consideration. 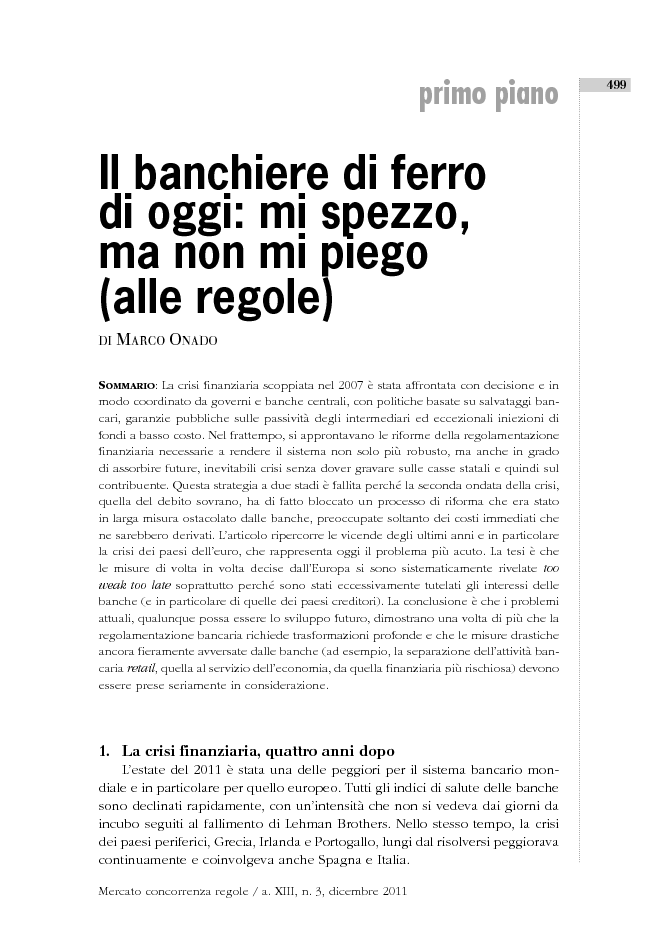