We analyze, under different regulatory regimes, spreads between (plain vanilla) bonds sold by banks to Italian retail investors and comparable Treasury bonds. Contrary to textbook predictions, bank bonds - though riskier - show a negative spread (22 basis points, on average). Such anomaly was initially even more pronounced (the negative spread was 66 basis points); though still negative - the spread decreased then to 40 basis points after the publication of a prospectus became mandatory for bank bonds in 2005, and to 9 basis points after the adoption of the MIFID Directive in 2007. Investor protection has improved, but some shadows still remain, even under the current regime. Average spreads are still negative and have started increasing again for some categories of banks, when they issue step-up bonds. We argue that our results have a clear policy implication: higher investor protection is based not only on the existence of good rules but also on their enforcement by market watchdogs. 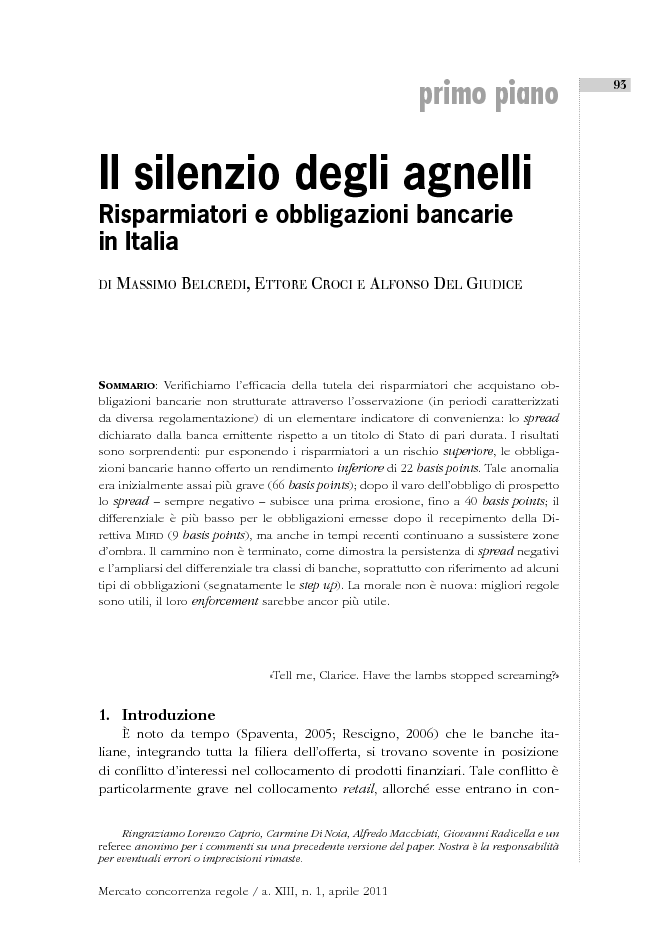