A European reform, initiated in 1998, opened the gas market to competition, imposed a sepration of the networks from the commercial activities, and introduced regulation by national semi-independent bodies. It required three successive sets of directives and regulations and it is only partially implemented. The main obstacles are a high and increasing degree of industrial concentration and the way member-state governments pursue the security of gas supply. Member-state governments stick to a microeconomic approach to security of supply. They support few national champions: large, vertically integrated, companies which rely on long-term, take-or-pay contracts with primary producers and look for cooperation with them. Such approach can provide some benefits. Concentration is justified by the structure of costs in the upstream segment. Yet this is only a partial solution to the security problem and it prevents the benefits of competition. On the other side, creation of a free and open wholesale European internal market would facilitate competition by new entrants, allow smaller companies to act independently from the incumbents, and greatly increase the security of supply by spreading the risks and by increasing the number of points of origin of imported gas. Some overcapacity in infrastructures may be useful. 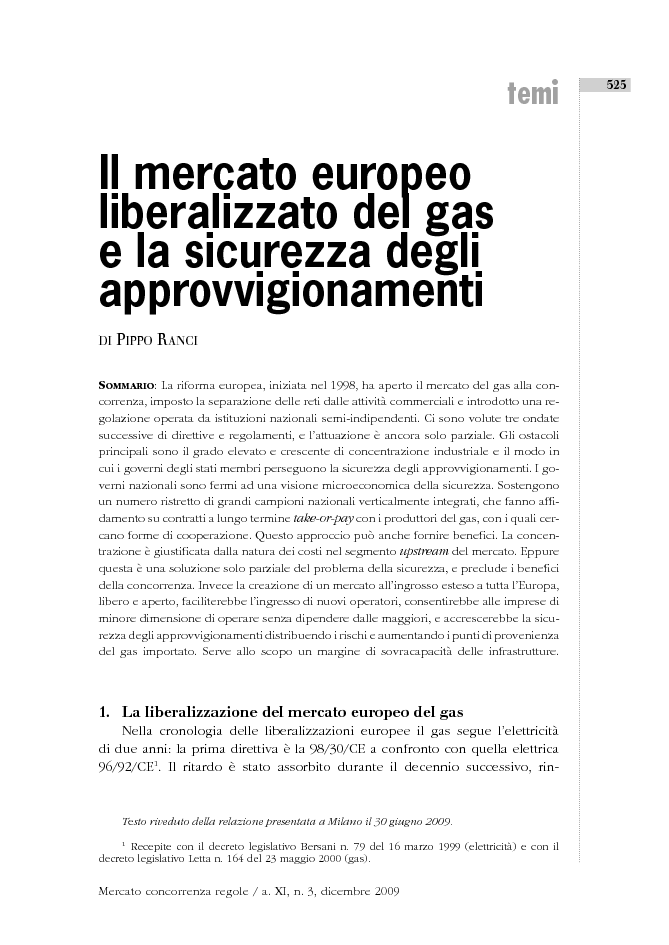