The adoption of an anti-monopoly law (AML), implemented on August 1, 2008, represents an historic milestone for China since it marks the openness of the biggest post-socialist country to the global market and, at the same time, the creation of a competitive policy and culture having ambitions of effectiveness. The paper briefly retraces the chronicle of the constitution process of the Chinese anti-monopoly law; it schematically presents the main competitive areas dealt with by China's new competition law - monopoly agreements, abuse of dominant market position and concentration of undertakings -, then focusing on the peculiar issue of the legal monopolies, that is the prohibition of the abusive use of the administrative power by the national government, or by the local or regional governments, with the aim to protect domestic enterprises, particularly the State-owned enterprises (SOEs), from competition. Special attention deserves the unsettled question regarding which Authority will have the power to practically enforce the new AML, since the designed agencies have to deal with the already existing enforcement framework, which foresees three different competition Authorities. The co-existence of several agencies having functional capabilities could generate overlaps, conflicts and waste of resources with negative impact over the investigation activities. The work concludes with a critical analysis of unsolved issues, so as to offer hints and to raise further question marks. 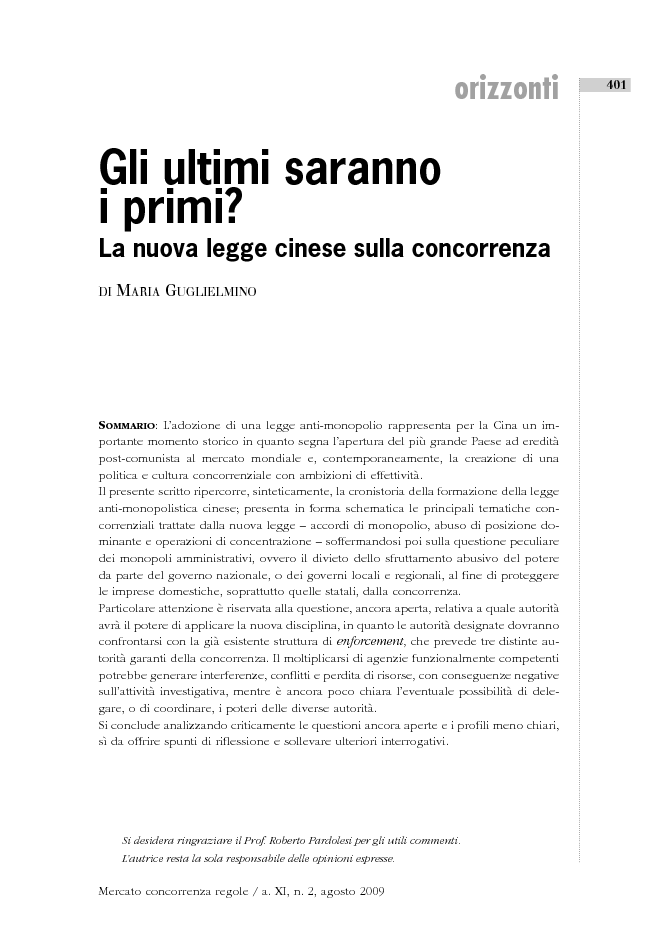