This paper explores four cases (Basle capital ratios, the Gramm-Leach-Bliley-Act, the CSE rule by SEC, the MIFID EU directive) illustrative of the long-standing hypothesis that regulators are captured by industry interests. I show how parties subject to regulation have been able through lobbying to influence these pillars of the regulatory landscape and, to a considerable extent, to modify the approaches initially announced. Furthermore, I briefly discuss how to contrast capture, underlining several weaknesses of some current remedies (limits to revolving doors, transparency in lobbying, accountability towards consumers associations). Regulatory capture is always at the door while the defence of public interest and the proper functioning of independent agencies might be more a function of ethical values on the part of regulators than of commands and decrees. 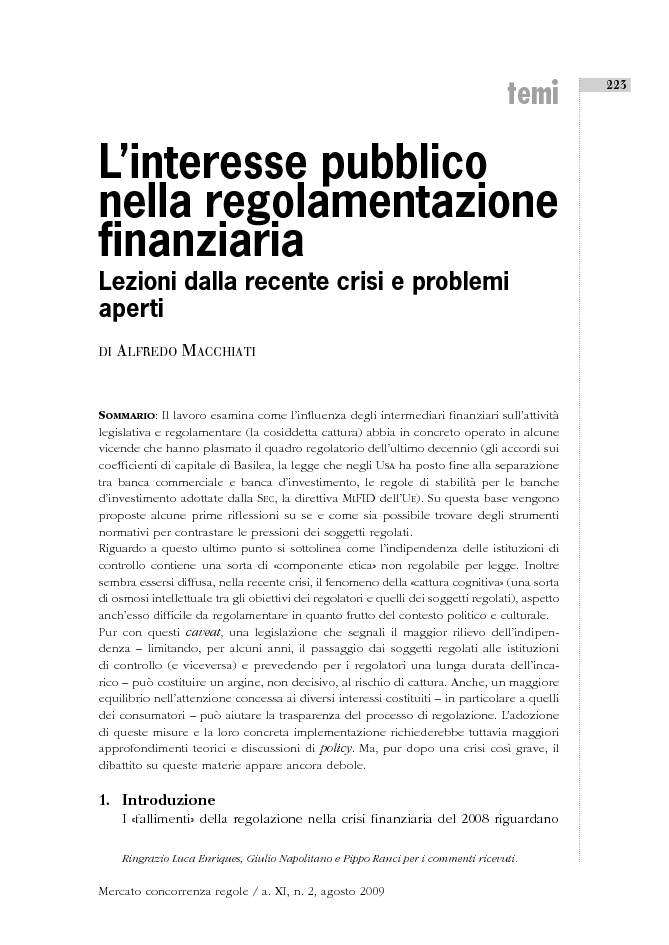