The article discusses, from an economic viewpoint, the problems to be addressed when proving and quantifying antitrust damages. First, it shows that the claimant in a follow-on action does not enjoy a substantial advantage over the claimant in a standalone action, as in most cases he will need to supply an adequate proof of the harm suffered. Indeed, in article 81 cases, antitrust authorities usually find agreements having an anticompetitive object, and this is not sufficient for establishing harm. In article 82 cases, even when illegal exclusionary conduct has been established, its effects may be difficult to disentangle from those of legitimate conduct, and in any case the competitors of the dominant firm may have been affected to varying degrees by its illicit behaviour. Thus, in most cases, the claimant will need to prove both causation and harm. While the Commission seems quite worried about such a burden, it is no heavier than the one to be discharged in any commercial litigation, and European courts are well versed in such analyses. Turning to the quantification of damages, cartel cases are relatively simple: since firm's extra-profits and customers' overcharge are always identical, there are two possible approaches to damages calculation. In exclusionary conduct cases, whenever possible one should try to build a but-for model of the firm, starting from detailed information concerning its plans before the abuse took place, and a careful assessment of the extent to which - absent the abuse - such plans would have been carried out. Alternatively, "before and after" methods or "yardstick methods" may be employed, where actual profits are compared with those obtained when the harmful behaviour was not in place, or to those obtained by a highly comparable firm. In either case, the Court must be convinced that the preponderant effect in determining higher profits is the absence of the abusive behaviour. 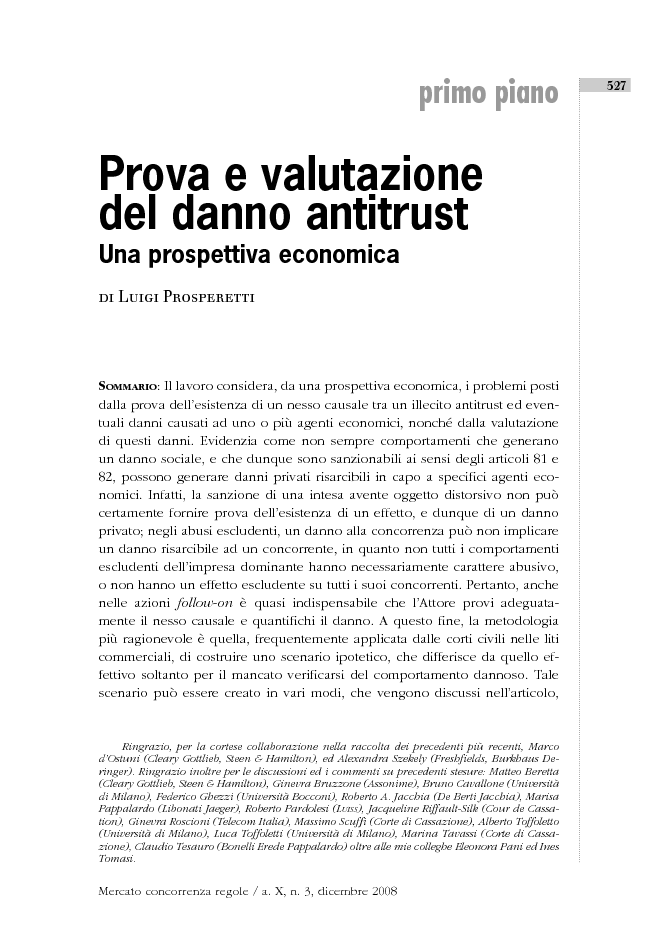