Loyalty discounts and rebates lie close to the thin line between exclusionary conduct and legitimate competition. Based on the vague notion of special responsibility, the Commission and the European Courts have traditionally held that a mere tendency to induce loyalty and hinder competitors is enough to justify the prohibition of the practice. On the contrary, in the United States the fear to lessen price competition has led to a strong presumption of legality of discounts and rebates, provided that they are not predatory or bundled. This presumption seems to be rebuttable only by showing tangible exclusionary effects to the detriment of consumers, although some courts seem ready to adopt a more cautious stance. In the Discussion Paper on Article 82 EC, the Commission made a first effort to develop a more effects-based standard, but the decision delivered in the Tomra case and, in particular, the British Airways judgment made it clear that the EC institutions are still reluctant to depart from established case law. 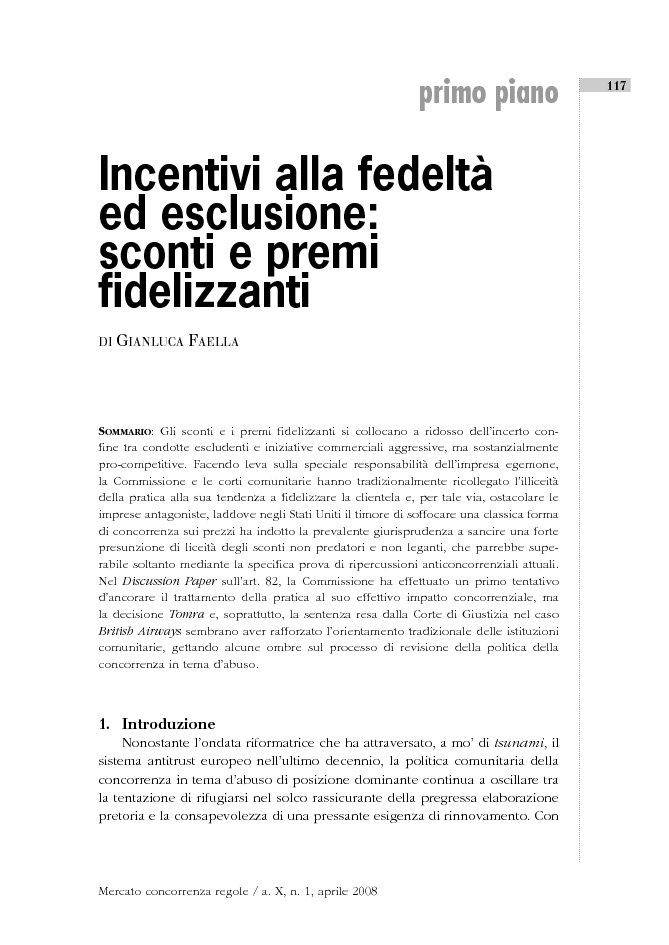