The world financial system is in deep turmoil. Massive write-downs by the big international banks are requiring huge capital injections. In this effort, a key role has been played by governments and by the so called sovereign wealth funds (SWFS), which are investment vehicles owned by the governments and central banks in Asia and in the Middle East and funded by export surpluses. In addition to SWFS, a huge bail out of bank's balance sheets by governments is underway. As a consequence, the heart of the capitalist system, i.e. the big global banks, have "sovereigns at the gate", or even already in the tent. This article recall some features of the current credit crisis, and discusses some trade-offs between the economics, politics and regulation of the SWFS. 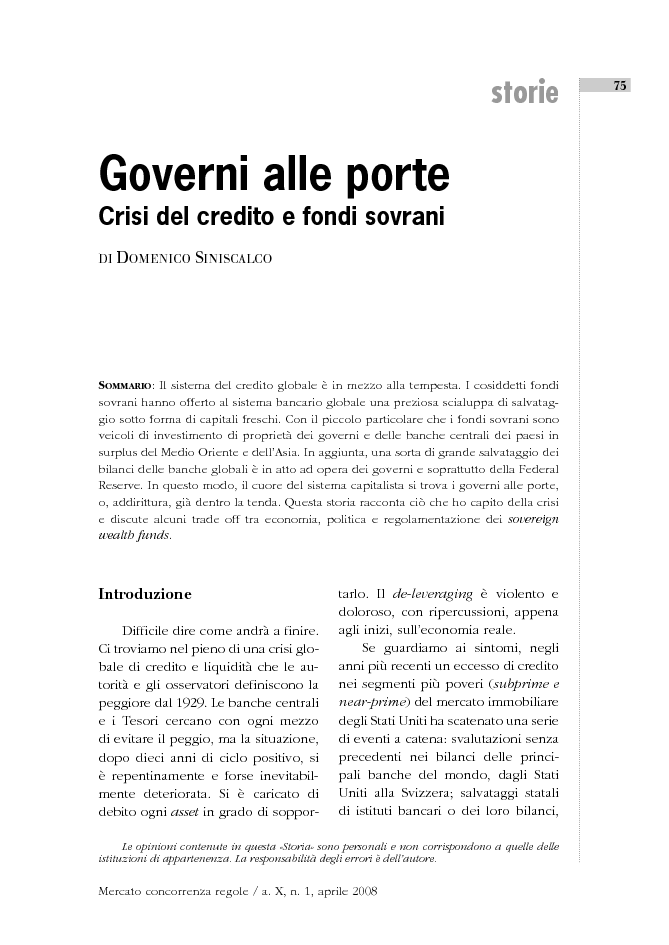