Some legal scholars do not welcome the economic approach to antitrust law, which seems to inspire the current review of the Commission's policy in the application of Article 82 EC. Professors Denozza and Toffoletto have strongly criticized such an approach and opined that it is, from a legal standpoint, impracticable. However, economic arguments have never been unfamiliar to antitrust scholarship and case law (the Chicago School "revolution" did not introduce them, but simply increased their preexisting stance). Furthermore, the proud defense of the "purity" of legal science must confront itself with the necessary contribution of those in charge of interpreting legal rules, their culture and, as a consequence, their understanding of economic realities, even more when such rules govern market structures economic matrix. The intransigent defense of formalistic schemes seems to be not only pointless, but also responsible for serious misapplications of antitrust rules, which we are still trying to correct. It is true that the use of the consumer welfare standard in antitrust law (as a politically correct version of allocative efficiency) seems to translate into a case by case approach, which cannot be easily reconciled with legal certainty. However, the consumer welfare standard does not represent an operational tool: it stands as a prospective paradigm, in the pursuit of which courts and antitrust authorities should design the rules to be applied in individual cases. In this direction there is still much work to be done, hopefully with the support of an economic wisdom capable to offer valuable and workable insights. 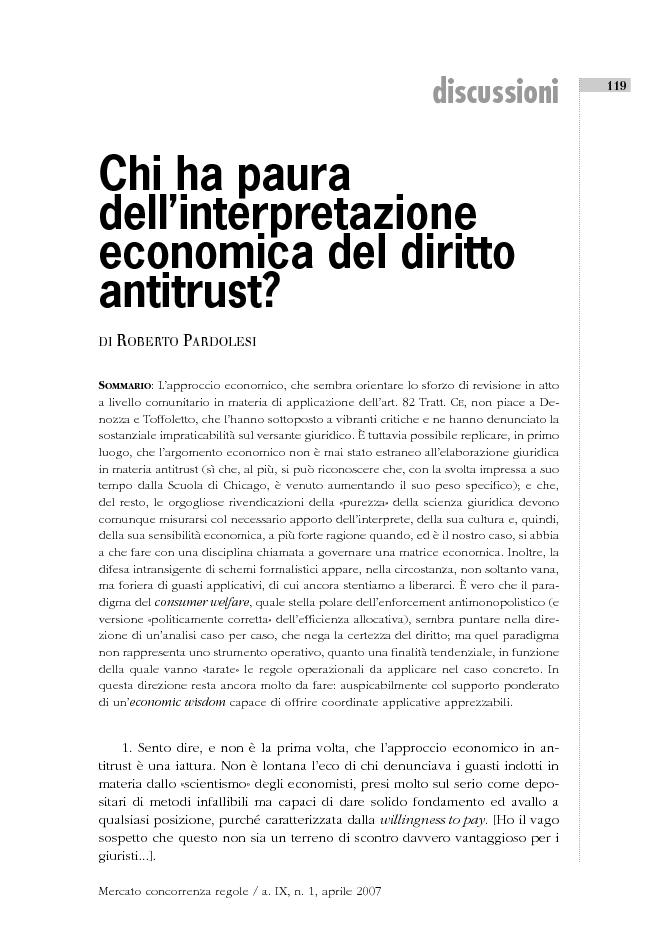