On February 16, 2006 the European Parliament adopted at first-reading a draft of the proposed Directive on services in the internal market (the so called Bolkestein Directive, from the name of the Commissioner for the Internal Market who proposed its adoption in 2004). In its original formulation, in order to promote the free movement of services the draft Directive was strongly based on the "country of origin" principle and, only marginally, on the need to harmonize very divergent national systems of regulation. The political debate concentrated on the widespread application of the "country of origin" principle which, in the absence of a substantial convergence of national legislation, might well lead to very negative unwanted results. Opponents of the Directive attacked on these grounds the "country of origin" principle and, as a consequence, were able to introduce a very wide range of exclusions. A greater attention to the need to harmonise national legislations (also by making its mandatory for member States to thoroughly apply Regulatory Impact Analysis) would have weakened the arguments of the opponents to the Directive and would have speeded up its approval, preventing the proliferation of exclusions. 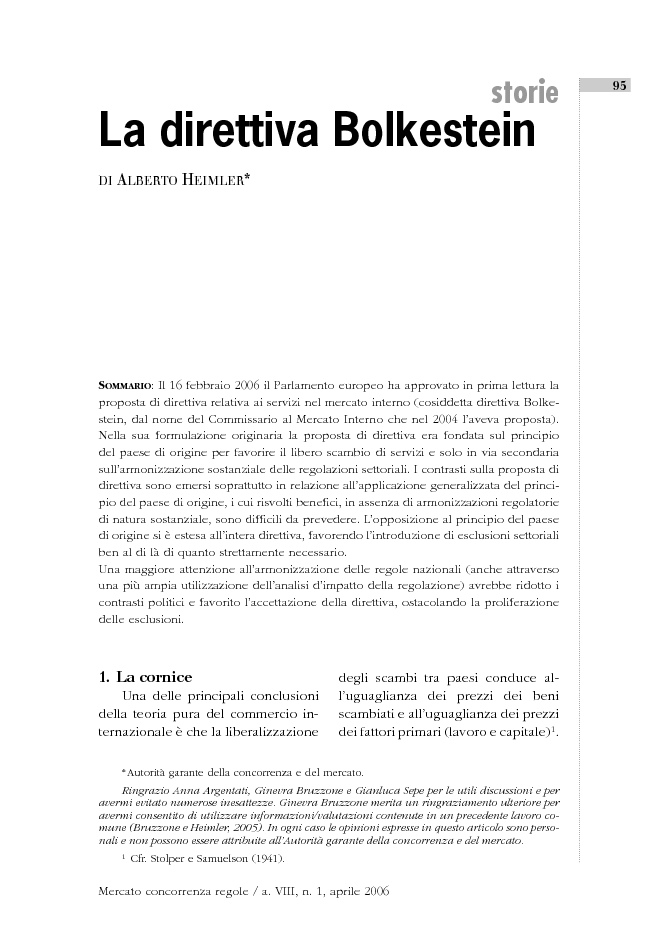