The "rules of the game" are the principles applied to the regulation of economic activities, that consists of at least six features: independent regulatory authorities; single mission authorities; conditional nature; trilateral relationship; substantive due process of law; judicial review. From regulation theory to practice, three aspects come out, namely in the telecommunications market: the asymmetry of the subjects being regulated; the asymmetry of the rules; the multiplication of the regulators, together with regulatory competition. Thus the regulation makes it possible multiple games between regulators and regulated, in a great number of combinations; and there is no lack of cases in which the rules of the game are broken. Upon these premises, the author shows the evolution of the model theorized by Max Weber at the beginning of the twentieth century. According to this model, on the one hand, within the "economic rationality" there were only relations between private subjects and there was no situation where private subjects could play with the rules and with the regulators; on the other hand, within "bureaucratic rationality" there was not any possibility that public bodies could interact both between themselves and with the private subjects, breaking down and organizing their actions in various ways. Nowadays, there is no deep separation between "public" and "private"; indeed, these are no longer considered as two poles with different principles and rules: the border line between regulators and those regulated corresponds and intersects with the line between public and private. 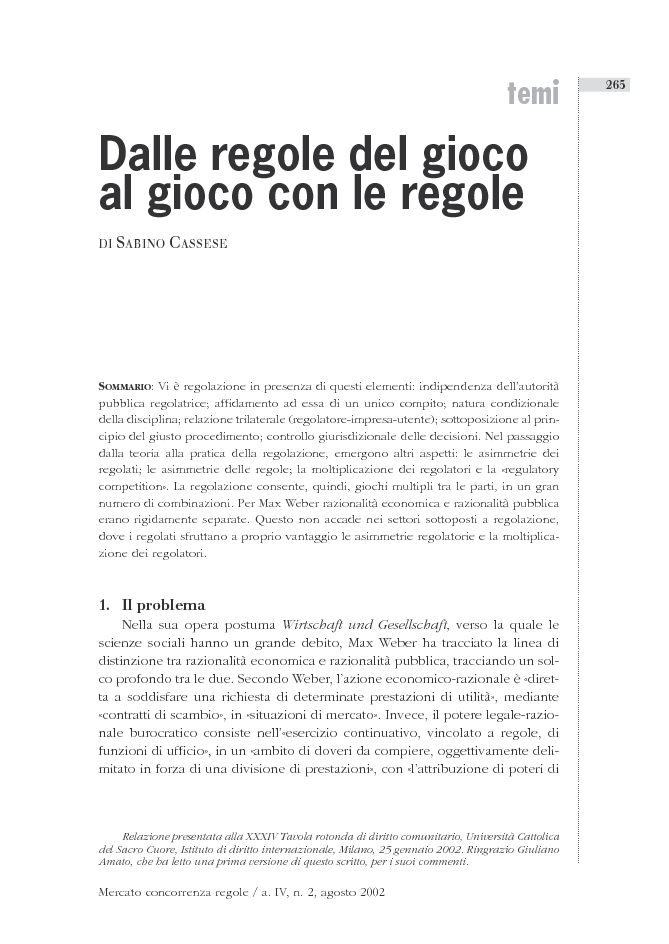