The "guidelines" on horizontal co-operation, published by the European Commission on January 6, 2001 (O.J. 2001/C 3/02), finally recognise the role and value of a rule of reason approach in the analysis of article 81 EC Treaty. Except from few per se restrictions, most forms of co-operation among competitors are now deemed, as a matter of principle, to be compatible with competition rules. In the perspective of a decentralised application of EC competition rules (see the Commission's "White Paper" on the modernisation of EC Competition law and the proposal finalised in COM(2000)582 def.), also national competition authorities will have to evaluate the overall effects of an agreement in the relevant marketplace, before they can make any assessment as to whether or not it has a sensible restrictive impact on competition. With a view to implementing this economic approach, black, white and grey lists have in fact been deleted from the surviving block exemptions, i.e. the new Reg. 2658/00, on specialisation agreements, and Reg. 2659/00, on R&D agreements (O.J. 2000/L 304/03). In the new legal framework, market share thresholds tests substitute listed clauses tests, so as to create a "prima facie" presumption of legality and give more legal certainty to companies in the self-evaluation of their business. However, as a consequence of the need for more accurate market analysis, antitrust investigations will result in longer administrative procedures and a greater burden of proof for both (European/national) competition authorities and firms. 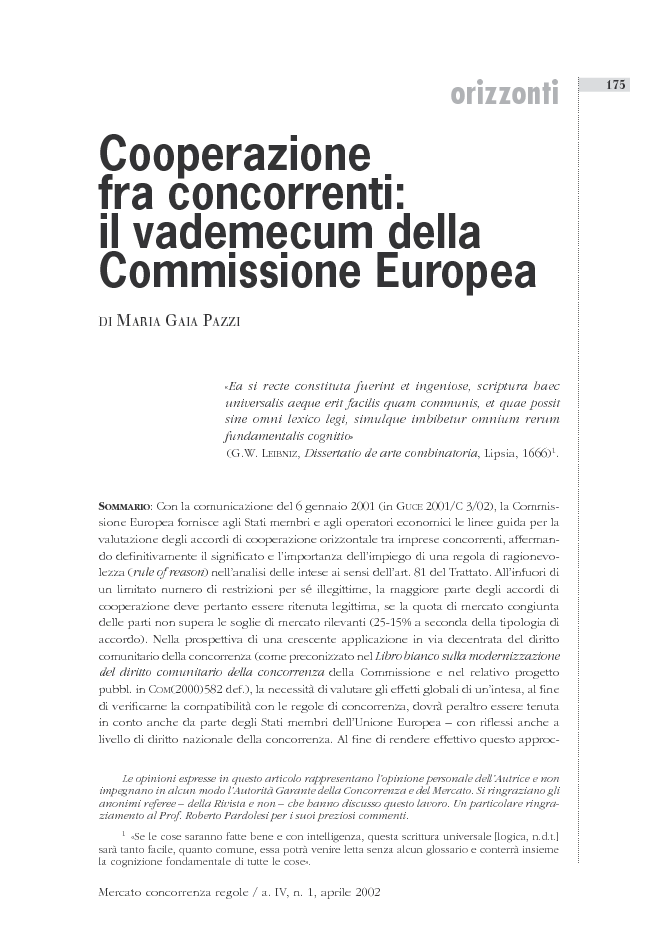