The criticism of the dominance standard in European merger control is based on the observation that dominance identifies a set of mergers to be prohibited, which is at the same time too large and too small. The paper argues that this is not the case and that the European test is flexible enough and complete. First of all, the fact that dominance is too mechanic, so that when it is reached the merger has to be prohibited, has been already proved to be wrong by a number of Commission decisions that have approved mergers to dominance (first part of the legal standard), taking into consideration that some remedies could make sure that effective competition would not be impeded (second part of the legal standard). As for the empty box, for which there are no Commission decisions yet, this paper argues that evaluating a merger to dominance already implies an analysis of whether market power has increased in a significant and durable way. As a consequence nothing impedes the concept of dominance from being extended so as to comprehend the increase in market power originating from unilateral effects in non-collusive oligopolies, irrespective of the relative size of the firm originating from the merger. There is no gap in the European test. As a consequence, a change of the test in the direction of substantial lessening of competition would risk of adding too much flexibility, leaving the enforcer with too much discretion and possibly leading to an unjustified increase of prohibitions. 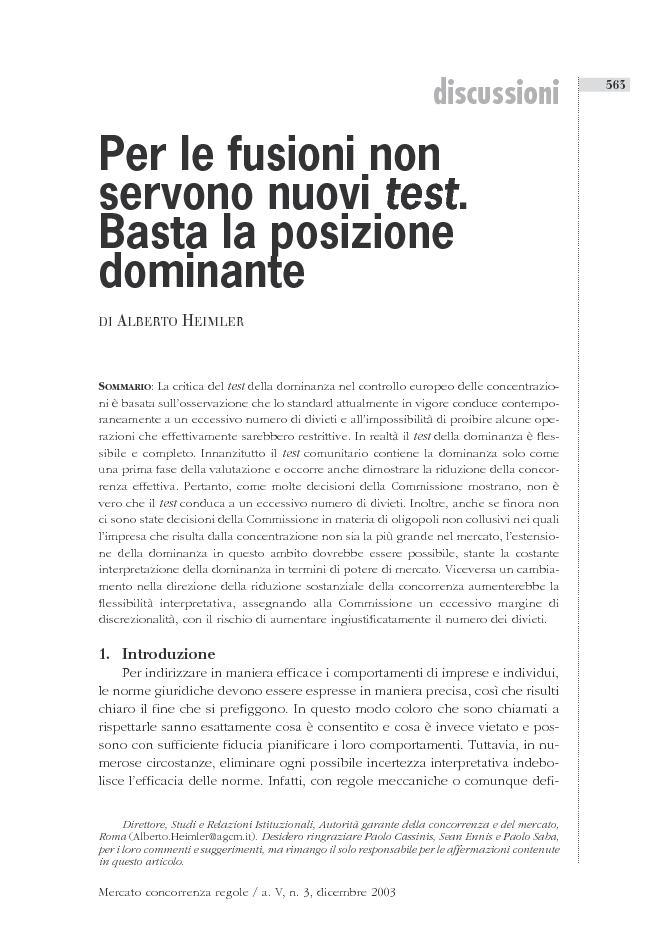