The article focuses on the several types of derogations that the fundamental tenets of antitrust have undergone since the enactment of the Treaty to present days. This unusual visual angle, which encompasses all the «classified» categories of the discipline, starts with the description of the traditional or rather historical perspective in which instances of leniency are affirmed either to face situations of business crisis (sectorial or individual) and related social implications. Or, conversely, to foster processes of economic «efficiency» – in terms of innovation as well. From both sides, exemptions endow the legislative framework with an «elasticity» capable of enhancing worthy economic and social interests that go beyond the canonical one, aimed at the preservation of a workably competitive markets’ physiognomy. More recently, in a different perspective of defence not «of» but «by» enterprises – i.e. those that control information and data in the web – different instances have emerged. Intertwining regulation with antitrust, these instances call for a special and more rigid set of interventions based on the necessity to protect citizens/users from the hegemonic power of the «titans of the web», far beyond the mere economic dimension. From this perspective – which calls into question the «democratic efficiency» of the market economy system – the European and Us responses are compared, in particular as concerns the possible adoption of strongly incisive remedies, such as structural separations of vertically integrated firms (break-ups). 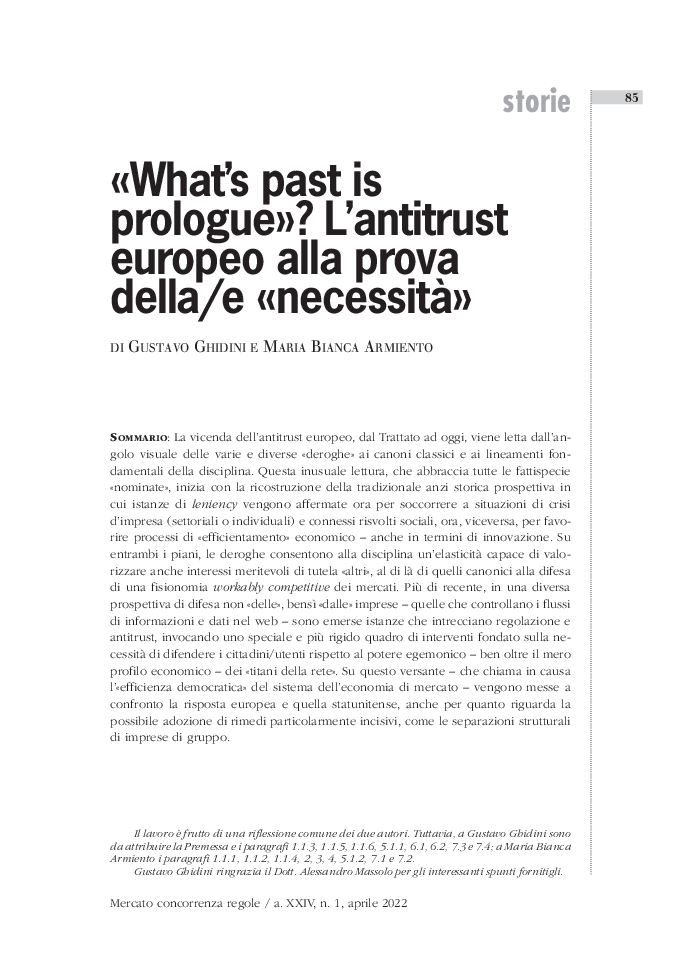