In 2013, the Land of Fires emergency, an environmental pollution phenomenon, gained greater importance, because large companies declared, through mass-media, that they would not buy more agricultural raw materials from the Campania region. The negative image that emerged, from this territory and its agri-food productions, has influenced consumer behaviours, reducing the consumption of food products coming from this land. In 2014, several institutions and research centres raised the alarm on the significant decline in exports of agri-food products from Campania, including those of a typical product, such as the PDO (Protected Denomination of Origin) Campania Buffalo Mozzarella. An analysis of the data on the various sales areas of the PDO Campania Buffalo Mozzarella shows that the decline has occurred most as the distance from the production sites increases, disadvantaging geographically more distant countries and national areas. An effect that has already occurred during the BSE epidemic, when the drop in beef consumption was greater in the importing countries than in the producing countries. These case studies highlight how distance, in view of complex information, entails greater information burdens and costs, leading consumers to renounce that food product, turning to a potential substitute. 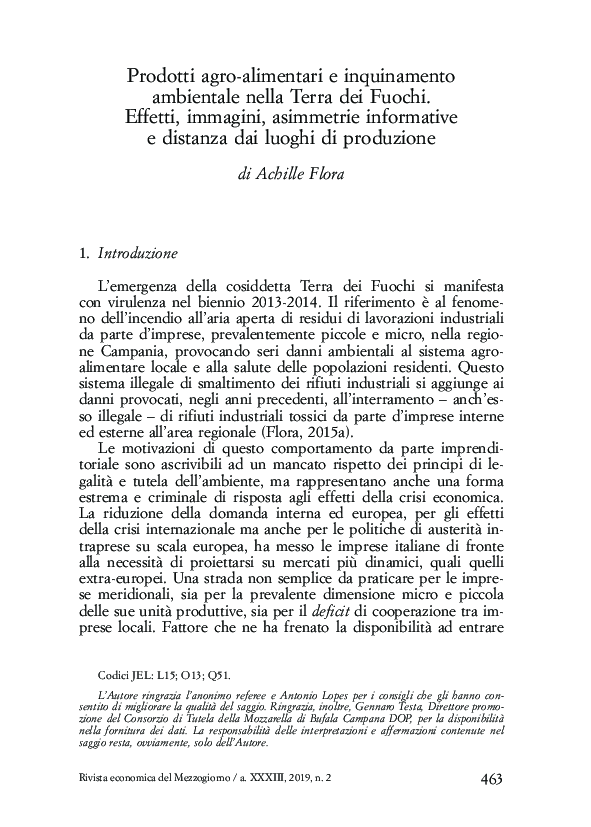