The goal of consolidating the Italian banking system has been pursued since the mid-1980s and has been further emphasised over the last decade following the last great global financial crisis. Such a process was implemented, in the initial phase, through acquisitions by banks in the South, by banks in Central Italy, while after the last great financial crisis, when the central-northern banks were involved, multi-faceted bailout operations have been called on. In addition to the problem of the different costs charged to the community, it should be highlighted the damage that has been caused for the South due to the loss of almost all large, medium and small banking operators. In this context, the progressive shift from the structural supervision regime to the prudential supervision has also influenced, with a progressive intensification of regulations and of the related operating costs charged indifferently to banks. Similar processes have been implemented in almost all European countries, with a significant downsizing of the respective banking systems, but only in Italy there has been such a strong differentiation at the level of individual geographical areas, or at the expense of Southern island regions. If we analyse the results of this process for the South, it seems that there is a significant worsening of the problems that we wanted to solve with reference to credit access, use and cost; the credit sector has indeed exacerbated the negative economic dynamics, converging the damaging effects on smaller companies, which represent the majority of businesses in the South. 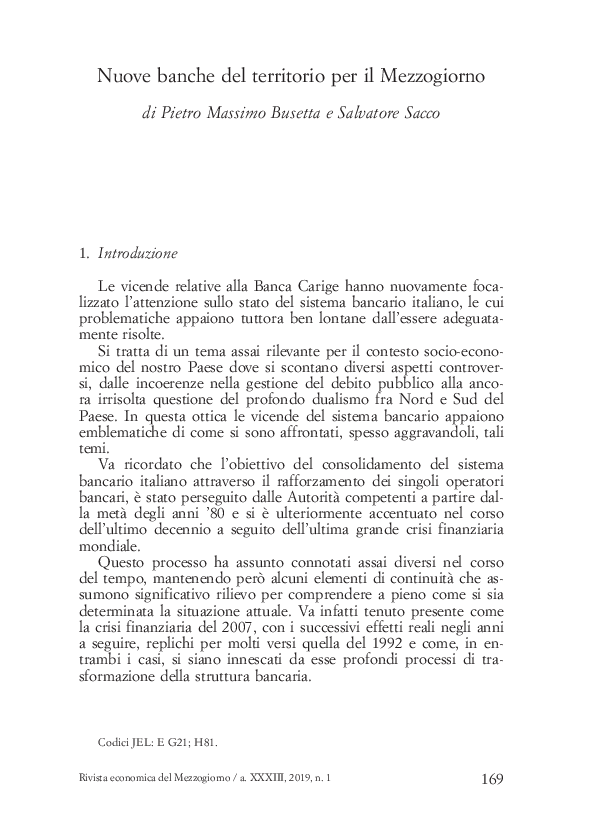