This paper compares a perceived well-being indicator provided by households in the Centre and North and in the South in the Survey on Household Income and Wealth (SHIW) and tries to identify the factors that can explain the gap between them. In particular, the role of the price level in these two areas of the country is examined: all other things being equal, the same nominal income should provide a higher level of well-being to southern families, due to the lower price level characterizing that area. However, in models that do not take into account context variables, the well-being levels of southerners are lower than those of residents in the Centre and North with the same income. This result, apparently incompatible with a lower price level in the South, is due to other factors (not included in the model) that act in the opposite direction. The results obtained with more extensive models indicate that the gap in perceived levels of well-being between the two areas is influenced by health status and by factors describing the socio-economic context, namely unemployment levels, crime, the quality of healthcare and childcare services and the conditions of access to urban and logistic services. In some experiments, alongside the elements mentioned above, there are also signals that are compatible with a lower price level for southern areas. 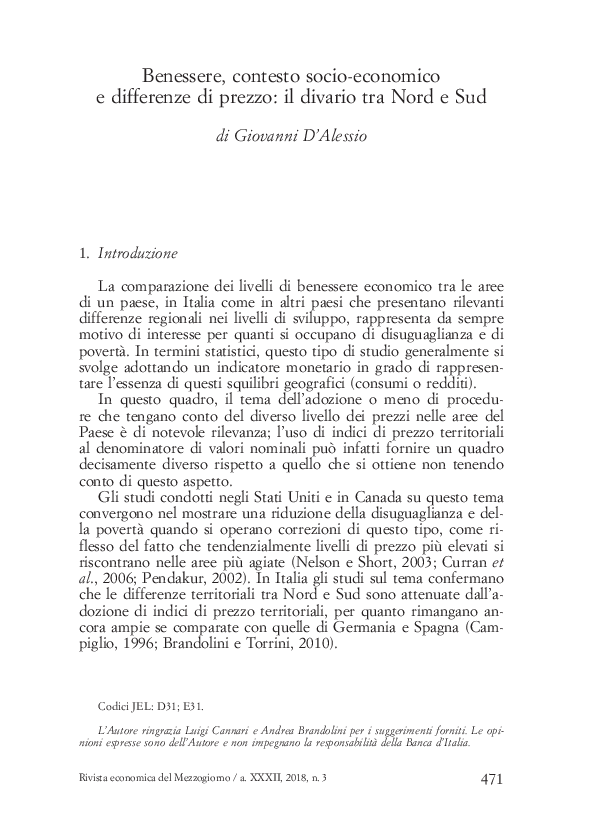