In this model of fiscal federalism, the case of jurisdictions that,although differing in their fiscal capacities, negotiate their level of inter-jurisdictional transfers is studied. The article shows how the chosen negotiating rule redistributes, in effect, the power of veto between jurisdictions, thus influencing the level of equalization between territories. Therefore, the difficulties faced by the legislator in the implementation of horizontal equalization mechanisms, provided by some laws, depend on an unbalanced determination of the power of veto typically in favour of territories with above-average tax capacity. That is a problem to be considered in the design of horizontal equalization mechanisms. 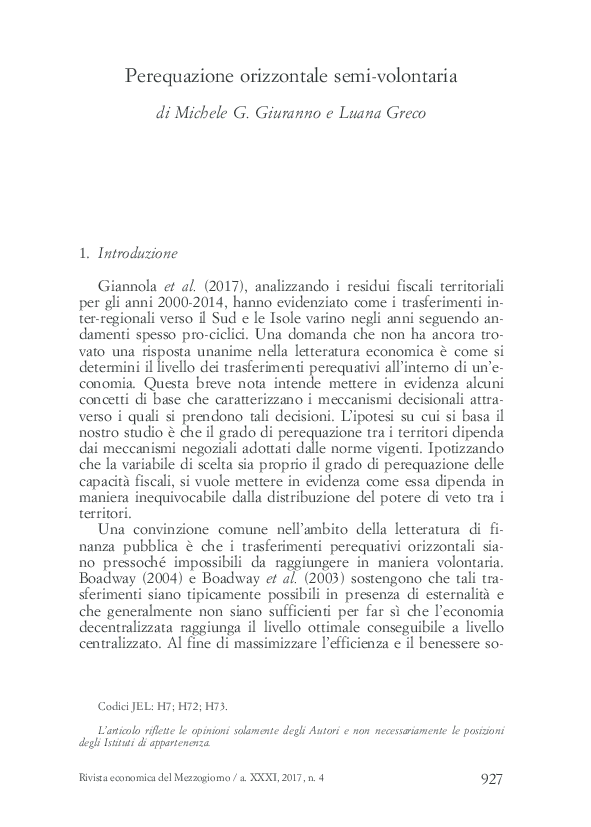