Starting from an analysis of the socio-economic conditions in Southern Italy and Sicily, and in particular the conditions of younger generations in the labour market as well as in education and training programmes, this paper illustrates the various phenomena of depletion of human capital in the South. Firstly, it focuses on the analysis of the alarming reversal, marked by recent years' crisis, of the human capital accumulation process through the most advanced educational programmes. It then addresses the problem of the growing «university emigration » and the inability to attract students of southern universities. Subsequently, it tackles the issue of the strongest and most obvious form of depletion of human capital, both in southern Italy and in Sicily, represented by the resumption of migration flows to the Centre-North and abroad. Among the several causes, essentially the difficulties faced by young people in the labour market, especially the gap between acquired skills and pay expectations and the labour demand of the production system, strengthen what SVIMEZ defines a perverse intertwinement between the socio-economic crisis and demographic dynamics. 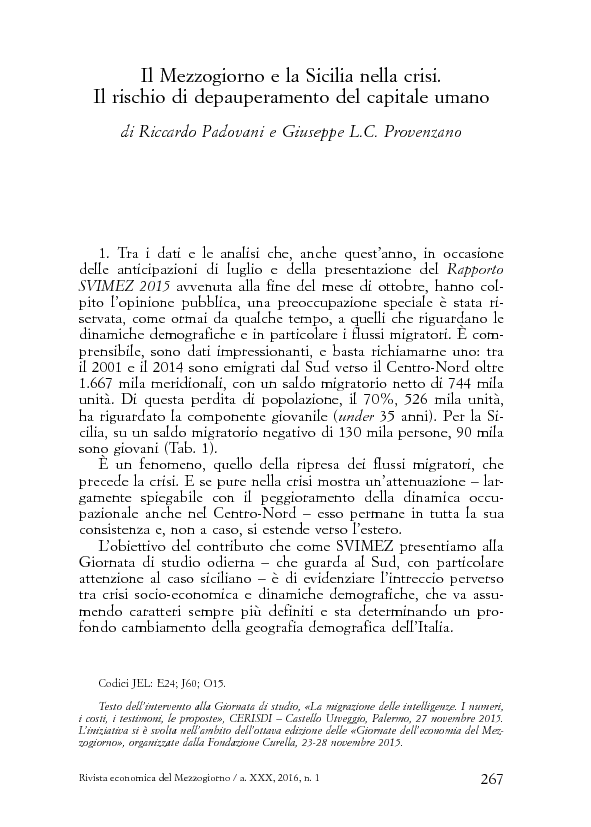