Global competition among countries makes the role of industrial policy increasingly salient. Such a policy should identify areas with high production potential; it should select, attract, support (without distorting competition) the most innovative and promising economic agents, choose and implement the fastest and most effective ways of intervention. The institutional framework is crucial. Especially if the policy operates during a downturn phase and/or in areas which are lagging behind, the most appropriate solution is the creation of independent agencies. Such agencies should be provided with long and specific mandates, properly isolated from the political-electoral cycle and local pressures, formed by specialists, endowed with adequate powers and funds, and evaluated according to the ability to achieve their targets. The article focuses in particular on the Irish experience and the excellent results achieved there by Ida-Ireland, even during the recent economic crisis. The establishment in Italy of the National Agency for territorial cohesion (NATC) in 2013 could become a turning point, after the failure of the previous approach based on «endogenous development ». But this may be so only on condition that the NATC be profoundly reconsidered and reformed, by assigning to it a responsibility for industrial policy and the tasks of direct intervention which are typical of the Celtic model. 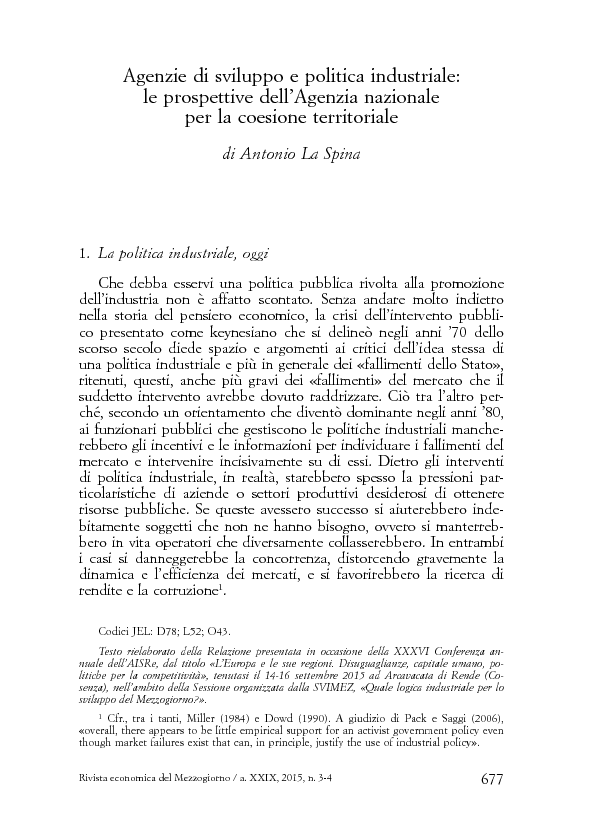