In 2015 AISRE - i.e., the Italian Association of Regional Sciences - Conference, particular attention has been paid to South Italy, and this represents an extremely important new fact in a national scenario where the inability to understand the central role of «Southern Question» for our country's development seems to persist. Within such Conference, the SVIMEZ has concentrated on «Which industrial policy for Southern Italy?», thus introducing, from different points of view, some of the main issues included in the 2015 SVIMEZ Report. This paper focuses on the opinions expressed towards the Report after its presentation, and, in particular, on the opinion expressed by the Government, definitely disapproving and seeming to back the idea of a «Masterplan for Southern Italy», whose guidelines have been issued. This paper raises objections towards such Masterplan, with respect to the lack of a strategic vision, controversial ways of carrying out such plan, instruments used, and it proposes again a «Plan of first intervention» based on some «development drivers», brought to the attention by the SVIMEZ for a long time. 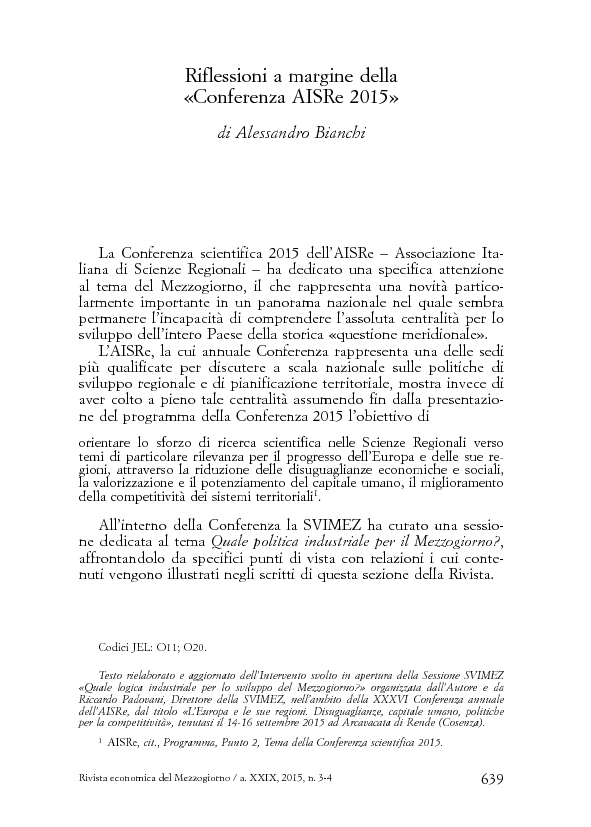