This paper supplies a survey of the post-war economic literature on the development issue of the Mezzogiorno. The persistent underdevelopment of this macro-region makes a case for the failure of both the interventionist approach to economic policy which prevailed until the end of the Eighties and the liberalist approach that emerged after the end of the so-called extraordinary intervention and the closure of the Cassa del Mezzogiorno. The last years have featured, first, the so-called New Programming and, then, the lack of any intervention, except for the EU structural funds, which, however, are almost totally ineffective also because of their small size and extreme fragmentation. The increasing lag in per capita GDP with the rest of the country, the moving back of the infrastructure endowment, the increasing migration flow both of the youngest segments and of the most highly educated segments of the population have been some of the consequences. The paper suggests a relaunch of the intervention in favour of the Southern regions on new bases, aimed at increasing the material and immaterial infrastructure endowment without fostering rent-seeking positions and illegal activities. Continuous monitoring and evidence-based evaluations, obtained applying rigorous econometric methodologies, should be an integral part of the new policy, as it is the case in the most advanced economies, in order to increase its quality and effectiveness. 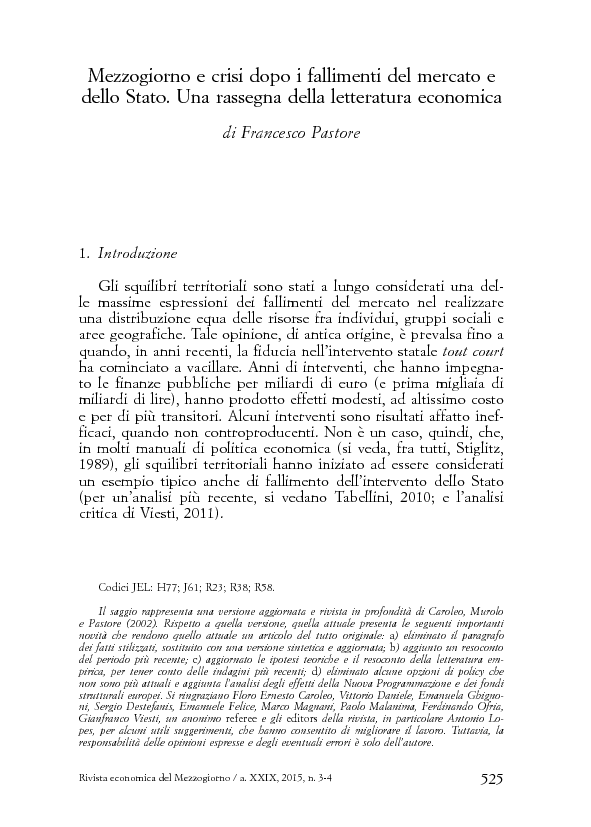