This study examines the real territorial impact on labour costs caused by the evolution of the rules governing IRAP (i.e., the Italian regional tax on productive activities) in the period from 2011 to 2014 and the potential effects of rule changes on the application of this tax established by the new Stability Law 2015 (the full deduction of labour costs from the IRAP tax base and the tax relief for social security contributions). The results of simulations and the analysis of the measures adopted in Germany, in order to achieve a reduction of production costs borne by enterprises, have highlighted the main criticalities of the Italian system, showing at the same time how such new measures have a different effectiveness on the labour demand and, although operating in synergy with the planned reform of the labor market ("Jobs Act"), might not be enough to encourage private investment. These measures cannot have by themselves a positive effect on employment and on the development of firms operating in the depressed areas of the Country. To relaunch growth in labour demand in these areas, the Italian Government should aim, furthermore, at achieving a simultaneous stimulation of the capital accumulation process, obtained by implementing public policies incentivizing private investment (by reducing capital costs), accompanied by economic policy measures aimed at increasing public investment (investment in research and culture) and, by this means, at increasing the productivity of the resources located in the poor areas of the country. 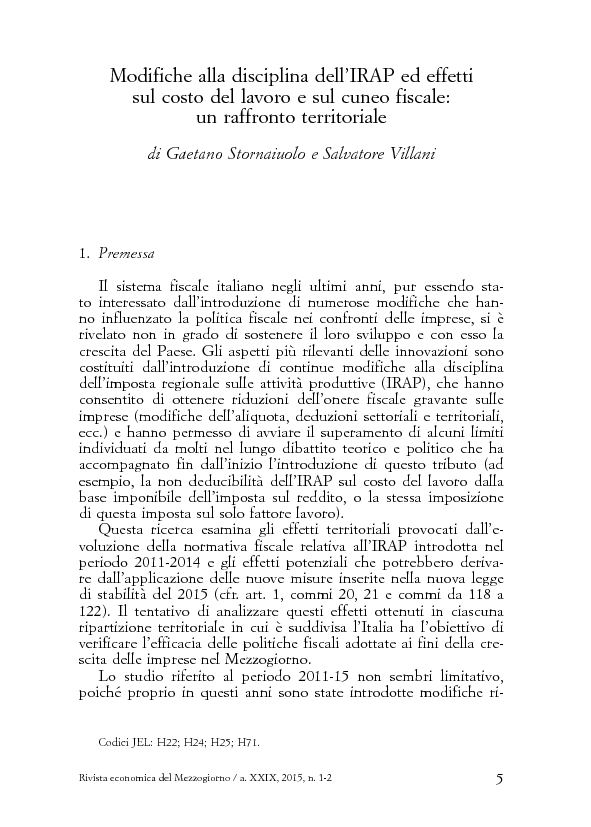