This paper is mainly descriptive and deals with the effects of the crisis on youth unemployment, using EU-SILC 2008-2010 database. The issue of youth unemployment affects especially Southern Italy like a plague, thus implying many inefficiencies and the strengthening of underdevelopment as a vicious cycle that makes the South increasingly poorer and more dependent. For example, the most skilled young people very often have to choose whether remaining unemployed or migrating: in both cases, the region turns out to be depleted. This paper focuses on the effects of the economic crisis on youth employment and outlines an interesting result: the young, also southern ones, struggle to find solutions, rather than remaining sluggishly to witness events. If they haven't succeeded in job research, it is very likely a consequence of the inability of European, national and local policies to increase job demand. 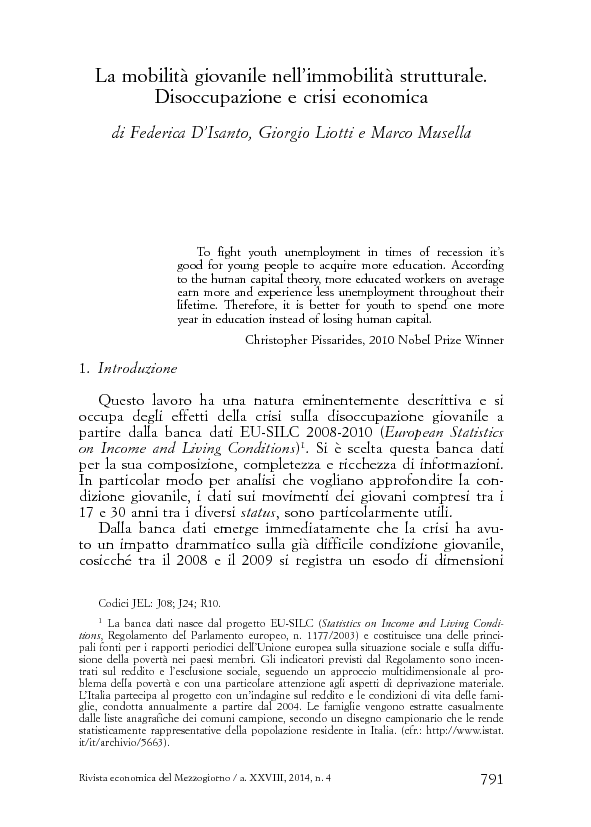