By introducing the Code of Industrial Property and the related reform on patents and research projects Italy has complied with the guidelines issued by TRIPs Agreement and GATT negotiations. This paper aims at verifying empirically the relation between the patent activity index and exports in 103 Italian provinces, during 2007-2011, following the introduction of the Code. In addition to total exports, this study analyzes the exports in sectors with dynamic global demand, i.e. those sectors most affected by the reform because they are more inclined to use the patent to expand their market and be more visible abroad. The model considered takes into account the factors of each system, the temporal characteristics as well as the features of the economic system as a whole to provide an overview of the Italian commercial framework and its attitude towards the global market. These relations are analyzed with the aid of an estimator that controls the easy endogeneity of the explanatory variables and the problems arising from provincial fixed effects that may affect the estimates. The empirical results show a positive and statistically significant relationship between exports and patent applications, in particular for exports in sectors with dynamic global demand, but there are several difficulties in the productive and commercial areas, due to the recovery of the competitiveness of the Italian system in global markets. 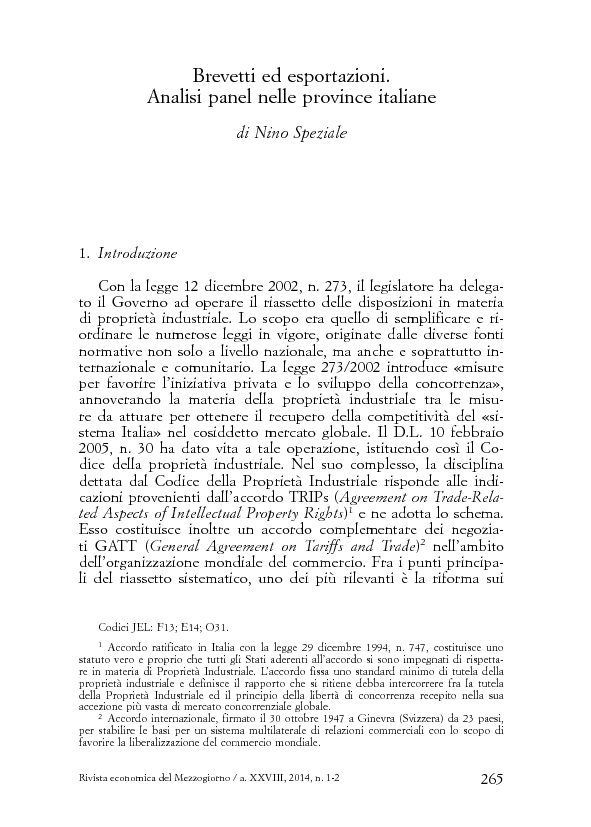