The framework within which the Italian Technical Delegation acted in the US was characterized by a complex intertwining of long-term dynamics and cyclical factors, of real and financial elements, of political and institutional issues. Established in 1944, the Delegation was legally recognized by the lieutenant's legislative decree issued on June 2, 1946, which, under the art. 4, empowered the government to set up in the United States and in the United Kingdom special Delegations to their respective Embassies. Their main task was to provide for the provision of necessary goods to our Country. With US realization of Marshall Plan in 1948, the Delegation to the Embassy in Washington was able to act into new fields, and this led to benefit above all our Country's traditional businesses from many point of view. However, on the one hand the modernization of big and medium businesses was supported, and contacts with small businesses scattered in the territory were limited on the other. As to the first aspect, government's economic policy fostered the realization of infrastructures and Southern industrialization; as to the latter one, it was left to the reorganization of single businessmen, with the aid of the Technical Delegation too. Later in the 1950s the Italian Technical Delegation was finally replaced by the Italian Office for the Commerce in the US for promoting Italian products. 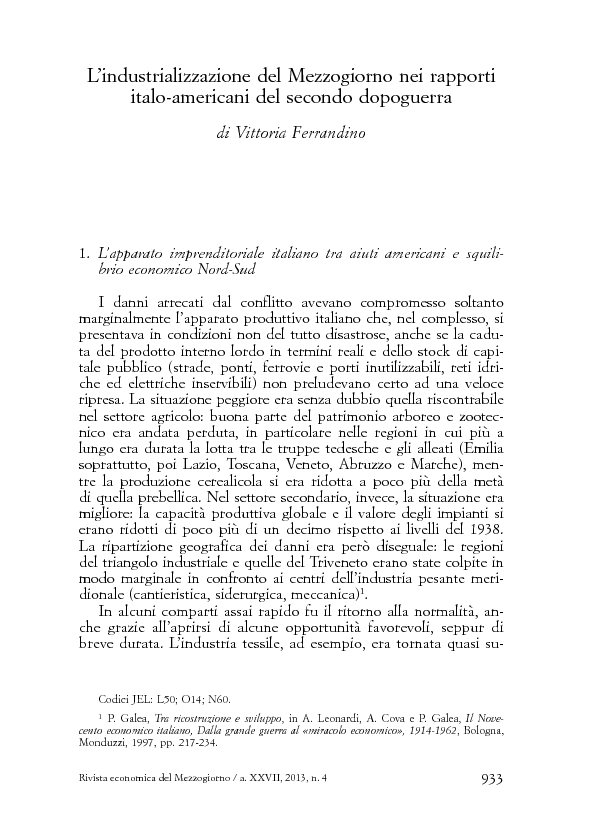