Recent studies suggest that the only convergence of Southern Italy towards the Italian and European average, from 1951 to 1973, was due to the massive regional policy pursued through the State-owned agency "Cassa per il Mezzogiorno" (1950-1984). From the oil shocks onwards, however, public intervention in Southern Italy deteriorated and was no longer effective in promoting convergence. In spite of the obvious importance of these issues, at the present stage of research they are only hypotheses. In order to test their validity, this paper analyses the balance sheets of the Cassa per il Mezzogiorno, never studied before: through them, we reconstruct for the first time the activities of the Cassa per il Mezzogiorno in favour of the economic development of Southern Italy at the regional level. After re-assessing the role of the Cassa in light of the recent advancements in economic and business history, with the help of a detailed quantitative picture and some qualitative elements, we analyse the specific contribution of the Cassa to the convergence of Southern Italy. 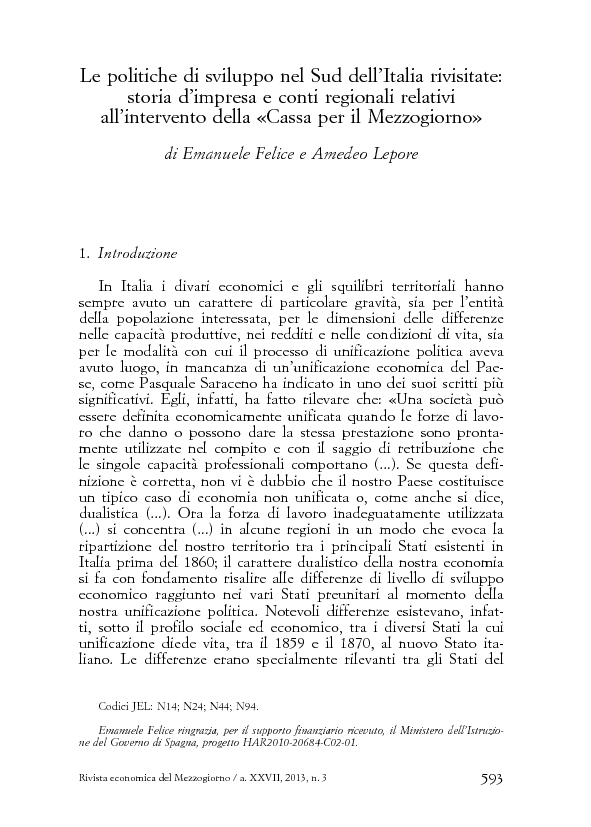