Interjurisdictional Differentials and their Effects; State and Local Borrowing The paper puts forward, using an extensive documentation included in the «Report 2011 on the Municipal Finance» (293 pages, 70 tables), a crucial issue: in Italy was actually made a Municipal Finance Reform, defined according to the rules included in articles 117, 118 and 119 of the Constitution, or the changes which are going on are only a rearrangement, incoherent and in many respects undefined, of the present discipline? The conclusion reached in this paper is that over the years we have accumulated building material which lies on the construction site in a completely disordered way. It should, in the Author's view, take charge of decide quickly whether these materials could be credibly put together. The study, in addition to retrace the arduous process of legal interventions in recent years, offers a long-term perspective, by comparing the municipal finance data reported in the 1991 and those relating to 2010. At the national level, in recent years, the current municipal revenues have been reduced by 5.6%. In particular, during the twenty years considered, in the Northern Italy there was an increase of 11,1%, while in the South, there was a very small increase (+2.0%), compared with a taxes amount which is increased by 150.5% (for the Centre-North, +81.3%). 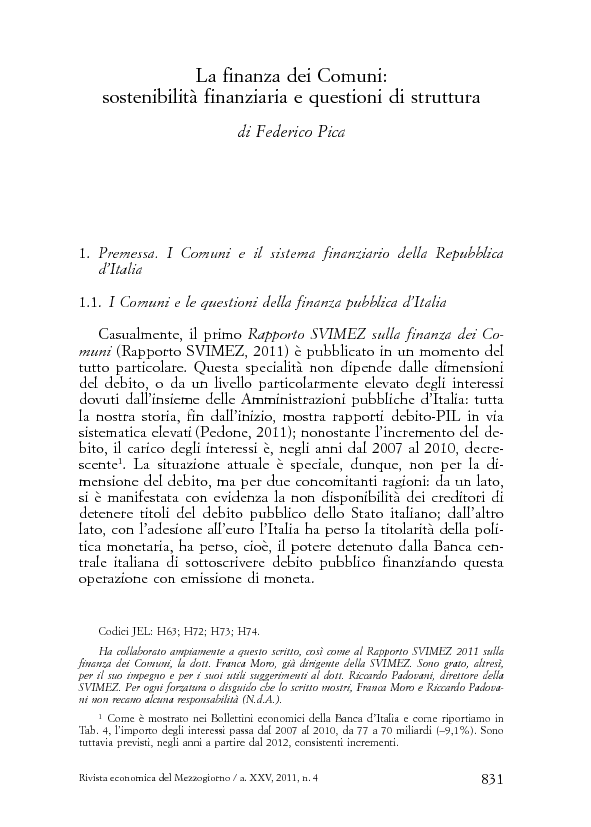