Accessing new markets generally depends on the ability of firms to be competitive in those markets. Therefore, low scale production - and the correlated narrowness of markets - often depends on the inability of firms to leave a protected area. In fact, leaving a protected area requires competing with firms outside that area. If that competition is unsustainable, firms will be confined within that protected area. Price and quality are two traditional areas of competition. In both cases competitiveness requires to act on costs. Since cost structure often depends on scale, it turns out that it is precisely scale one of the fundamental factors expected to have an impact on the ability of firms to extend their markets. An increasing production scale, therefore, enables firms to consider extending their markets outside protected areas. It is likely, however, that this will not happen in a linear way. It is only after a particular production scale has been attained that more distant markets can be reached. It is the scale associated to the standard costs prevailing in outside markets, both national and international. It follows that the enlargement of the internal market is a crucial requirement for growing outside regional or national boundaries. After having described the structure and degree of development of wine firms in Sicily, this paper will aim at checking whether a causal connection can exist between their scale production and their ability to expand towards new product markets. 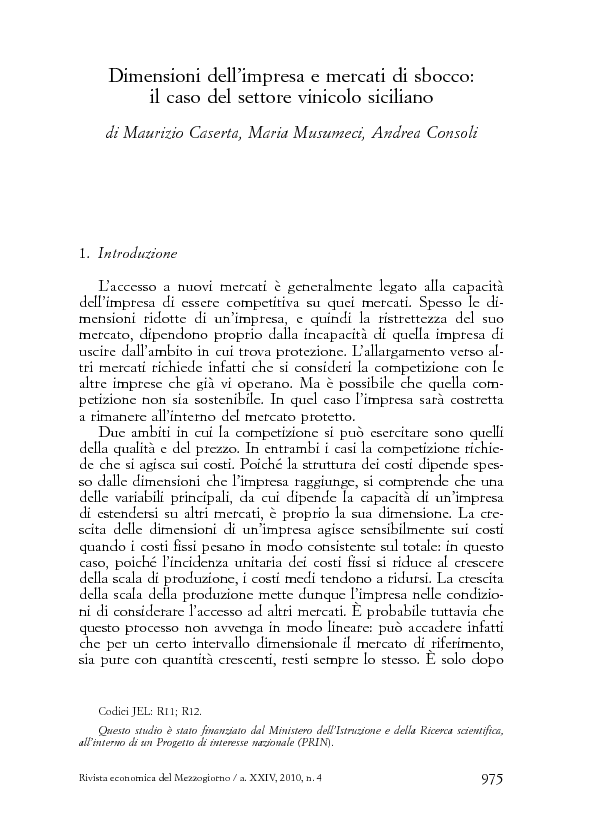