Recent attempts of "regionalizing" the VAT, in order to expand fiscal autonomy margins attributed to Regions and to involve them in the hard struggle against tax evasion, strongly urge some considerations on some of the changes introduced in the Italian legal system by the 2001 constitutional reform. Particularly, two issues deserve to be investigated, so far systematically neglected, if not absolutely ignored: the first concerning the regulation of revenue taxes sharing mechanism, the second, which is included in the first issue, regarding how choosing some even criteria of territorial distribution of tax revenue. In particular, this paper focuses on this second issue, joining the recent debate about the enforcement of the art. 119 of the Constitution (fiscal federalism) with a critical analysis of the "sales splitting up method", suggested in order to best realize VAT's decentralization and to make the local civil service aware of its responsibilities. 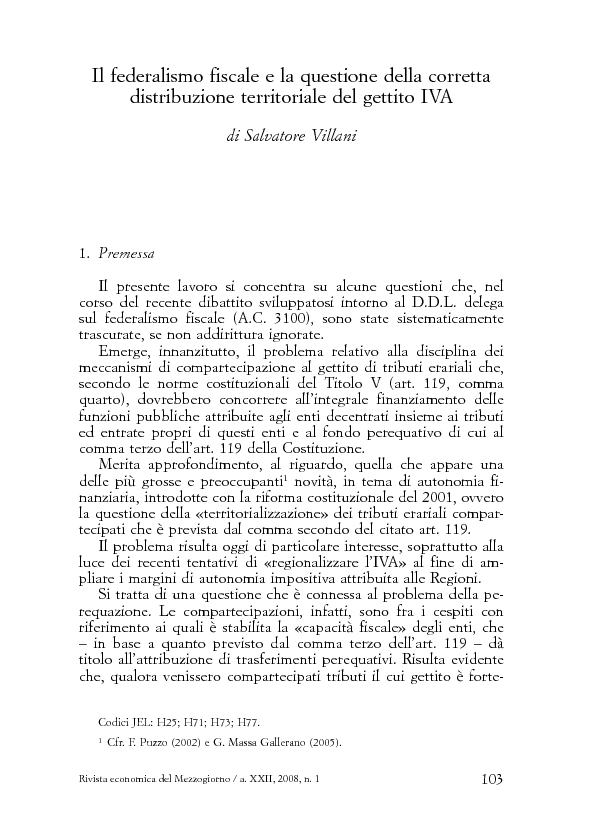