The interest for non-human animals has been historically framed in more generic counter-hegemonic discourses. More recently, however, an a-political consumerist approach to veganism is acquiring relevance; at the same time, vegan market is quickly developing. In this article I analyse the phenomenon referring to the positions assumed by the Italian animal advocates. In particular, adopting a Gramscian vocabulary, I distinguish two different perspectives: passive revolution and war of position. The latter is more connected to the historical roots of international (but also Italian) animal advocacy, being critical against modernity and capitalist market, and looking for connections with other social movements that possibly do not even embrace vegan ethics and consumption behaviors, but that question the Western mode of production and consumption. The passive revolution is represented by those subjects that totally prioritize veganism, avoiding to discuss the current social structure and preferring to only focus on the animal issues, especially investing efforts and resources on consumers’ activities. 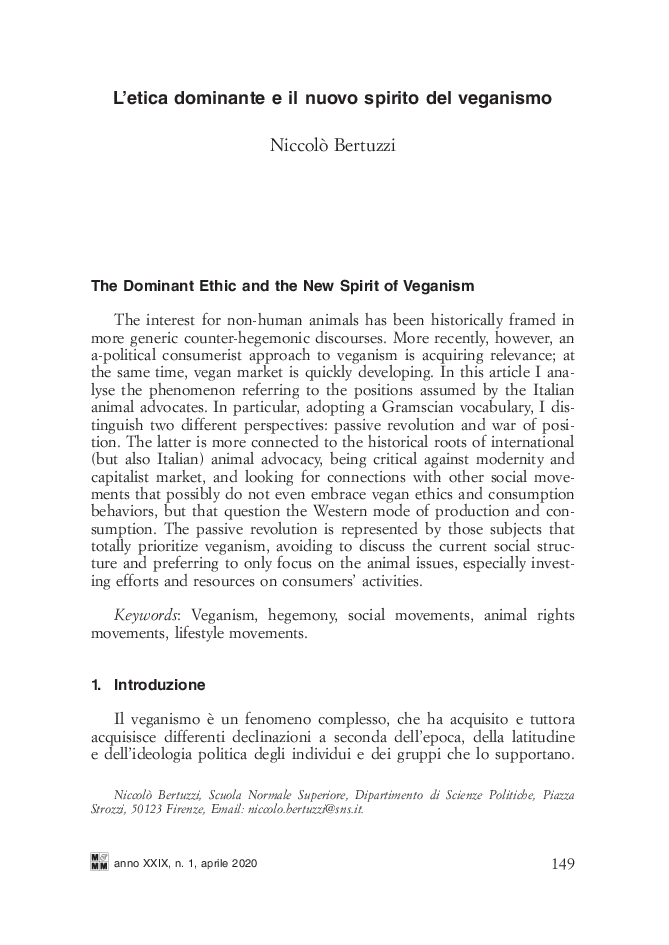