The reduction in the number of retail stores, including overall sales spaces, is still ongoing, while there is an increasing renewal of the retail sector in terms of new formats, openings and commercial networks. In the North of Italy, larger store formats prevail, whereas in the South discount and superette are preferred. E-commerce is the only growing business and it's becoming increasingly important even in the in-store purchases process. After the positive sales performance of 2017, the first few months of 2018 show only marginally positive sales, hit by the negative trend of variable weight products and non-food products. Both the desire for change and the need to save money lead consumers to reduce their shop fidelity, as they are constantly stirring new purchase experiences. In the last year, the polarization of Italian households consumption has further strengthened, despite a clear recovery of food purchases. In 2018, in fact, the divergent trend of food consumption by income, territory and family type was consolidated. In the last year, the expenditure of the poorest families has decreased in all sale formats except for the discounters, which have significantly grown also in the middle class, in the southern and north-eastern areas of the country and in the families with underage children. These changes have a deep impact on channel choices and assortment composition. The continuous variation in consumption and the polarization of food expenditure require an ongoing revision of assortments, which become the critical factor for the retailer's success. 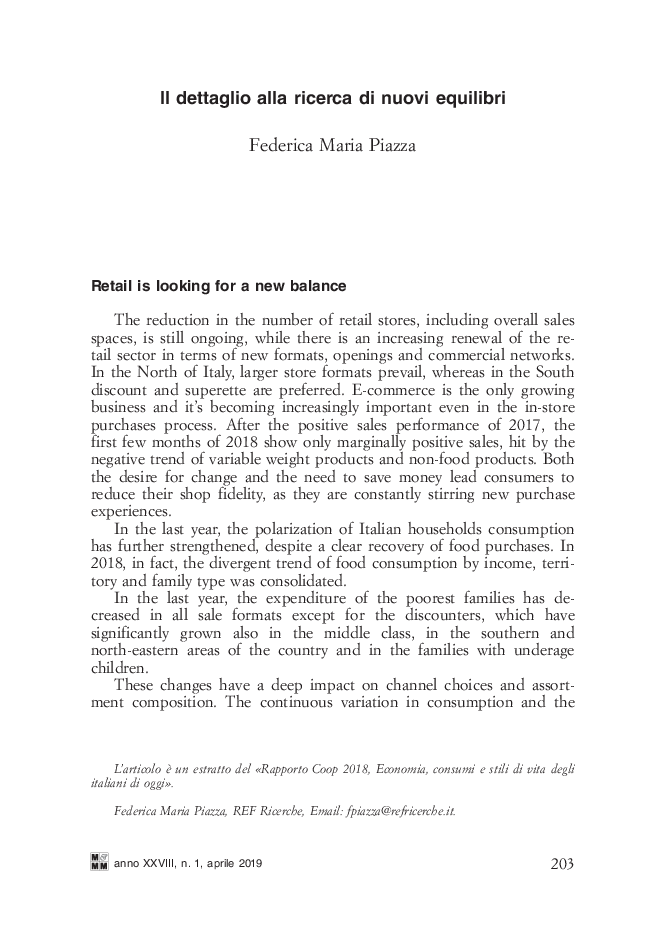