This paper proposes an analysis of consumer and business sentiment in Italy. The analysis is based on two continuous surveys (Climi Sociali e di Consumo, Climi Aziendali) conducted by Gfk Eurisko since 2001. During the past year (2009) a clear mismatch occurred between macroeconomic trends (negative) and sentiment trends (positive). This divide is discussed and an explanation proposed for the growth in sentiment (due to more stable prices and improvements over the year in some key variables including the security of Italy, job security and income levels). The higher sentiment levels will undoubtedly bolster expectations of an upturn, albeit weak and uncertain, in the economy and consumption in 2010. Looking further ahead, consumers continue to be somewhat unsure about future prospects, a fact which is stifling consumption. The causes of this insecurity are discussed at the end of the paper, in connection with attempts by consumers to develop a new model based on revising how much they consume, as well as the associated symbolic meanings and social models of reference. 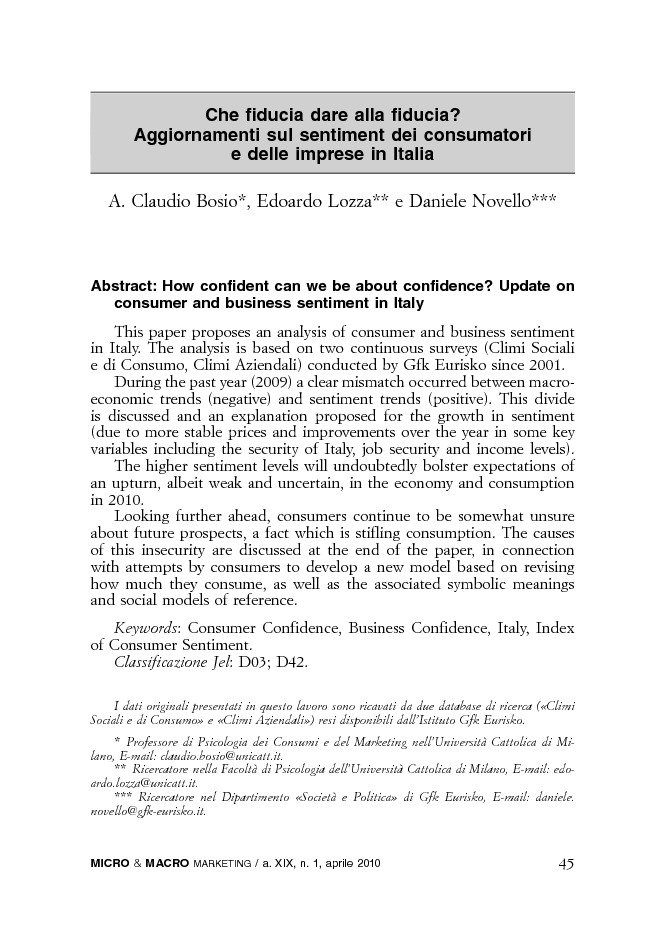