This article focuses on the current consumption crisis. It tries to relate such crisis to the changes observed on consumers since the early Nineties. The paper aims to trace the history of the consumer characteristics, emerging in periods of economic or institutional crisis: the first quinquennium of the Nineties or, later, the years immediately after the attack to the Twin Towers or, finally, the current global crisis period. We conclude showing that the consumption trends, the attitudes and behaviours of consumers first observed during the Nineties crisis, have consolidate and stratified during the following recession periods. We also sketch the emerging structured profile of the reflective consumer, which diffuses more and more and clearly differs from the undiscerning hyperconsumer of the consumption society. 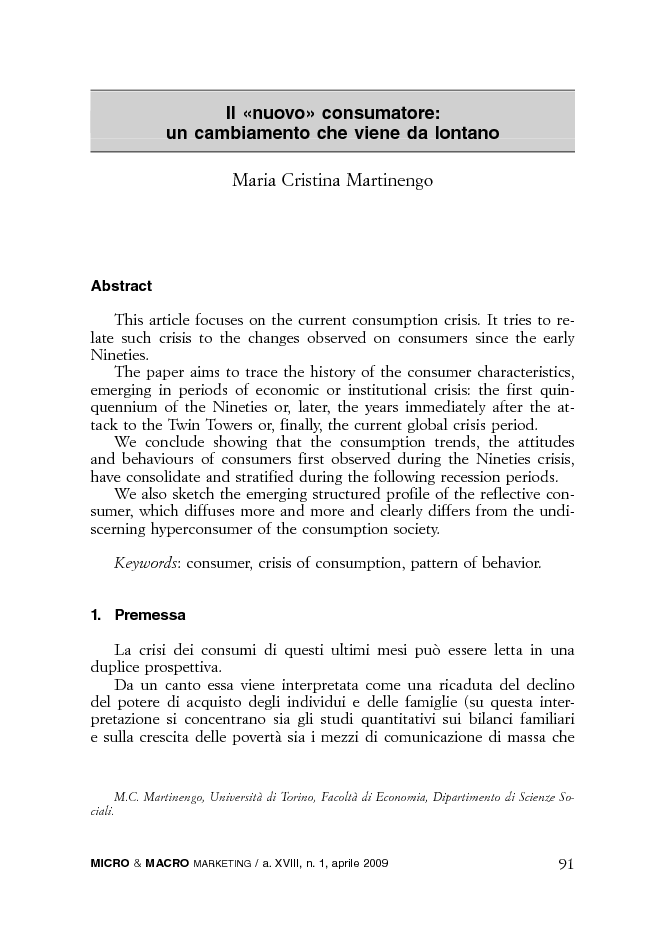