Although definite studies have focused on the consumer evaluation of health and nutritional claims in functional foods, few studies have revealed priority factors when consumers chose functional foods in cross-cultural contexts. This research focuses on the characteristics of consumer attitudes in functional food markets within two countries, namely, the United Kingdom (UK) in Europe and Japan in Asia. A questionnaire survey conducted in both countries yielded 843 responses (UK = 463, Japan = 400; respondent age range: 20-70 years). We examined the importance of health claims along with nutrition, brand and price in consumer choice of probiotic yogurt. A choicebased conjoint (Cbc) experiment was performed to study the characteristics of consumer attitudes and calculate their willingness to pay for each attribute. The results revealed that consumers in both UK and Japan primarily drew attention to health claims, and these attributes attracted the highest willingness to pay. However, UK and Japanese consumers placed different values on brands and nutritional content. For consumers in the UK, nutrition was most important, whereas Japanese consumers preferred brand. These findings confirmed that Japanese consumers rely more on external rather than intrinsic cues when choosing functional foods, which is consistent with previous findings that address many food categories in East Asian rather than European markets. 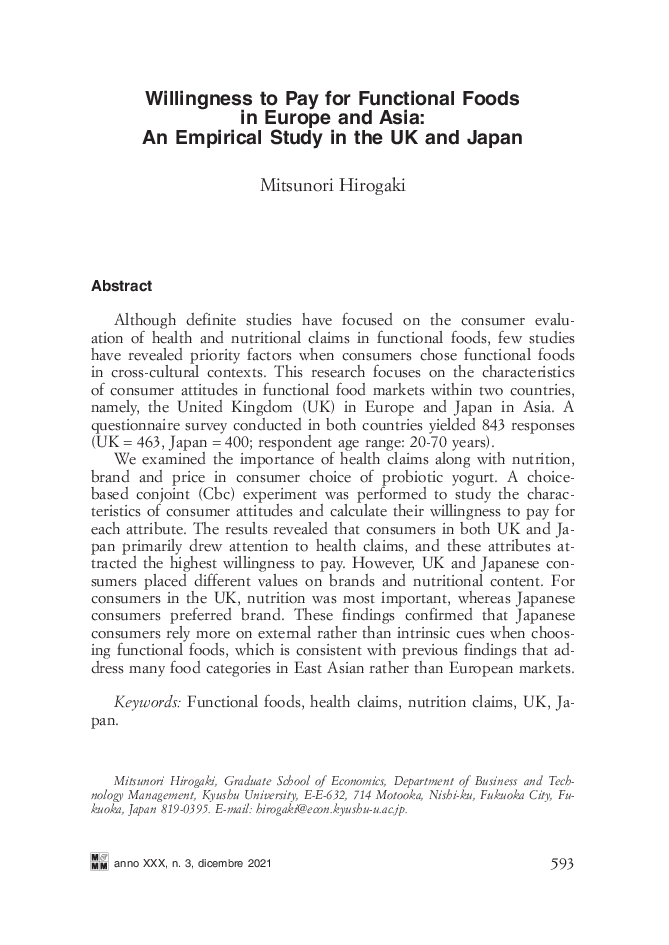