The objective of the article is to highlight the enormous influence of Friedrich von Hayek’s thought on the evolution of contemporary economic theory, and on the progressive weakening of the state regulation of economic processes. Hayek’s work incorporated a dense scientific program and, at the same time, a political-cultural offensive, both aimed to support the spread of a neo-liberal and anti-Keynesian orientation. The success of this perspective, in recent decades, has led to the structural weakening of the State, and its progressive subordination to the market. At the same time, there is growing demand for political protection and multiple social tensions that risk exploding in an uncontrolled way, in the absence of adequate responses. In these aspects we can see the substantial failure of Hayek’s neoliberal project: its practical realization has highlighted all its intrinsic limitations, exposing current societies and political systems to serious risks of authoritarian drifts. 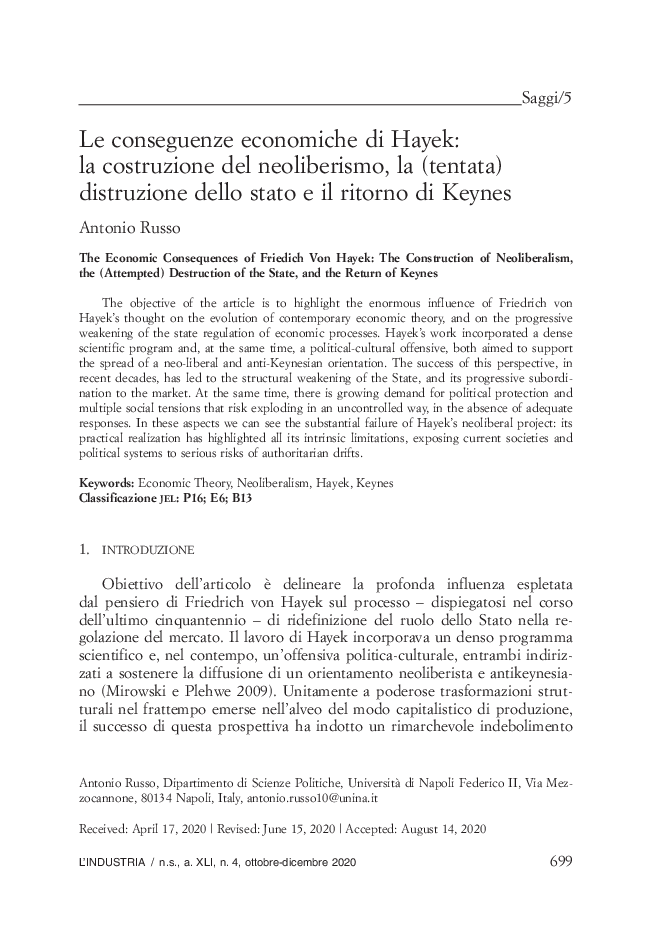