Industry Analysis is one of the major topics of Industrial Organization. This article is a survey aiming to collect different historical approaches in studying industries. We start from the first well organized approach of Structure-Conduct-Performance in which a causality among these three elements was supposed, and regression analysis was the statistical instrument to study it. Later, in the ’80 the New Industrial Economics speculated that the causality might be also in the opposite way: from Performance to Conducts to Structures. At the same time, some scholars were also interested in classifying clusters (or types) of structures and of conducts. Furthermore, they tried to find if some association among these clusters could exist. Multivariate Data Analysis was the statistical instrument used to find these groups and to measure the relations among groups. Summarizing, causality and association (among variables) were the two main objectives of all these studies. Nowadays, Artificial Intelligence might be a new statistical instrument to observe and study at the same time the problem of causality and the problem of association. After an example of the use of Artificial Neural Networks, we will try to outline the advantages and disadvantages of this new technique that seems anyway very promising. 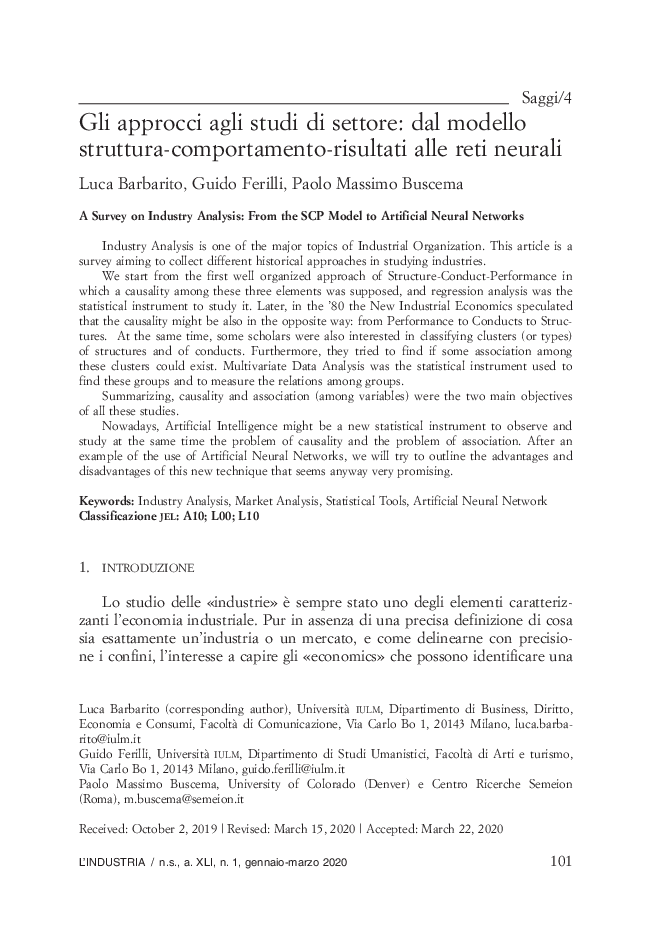