Too often, trade statistics lead to substantial underestimation of industrial integration. Input-output tables have become a powerful element in analyzing the level of interconnection between economies. Nowadays, manufactured goods represent the result of long productive chains, where firms belonging to different countries can add their own contribution, measured in terms of value added. This paper assesses European Global Value Chains (GVCs) through the lens of the World Input Output Database (WIOD), focusing on the role played by Germany and Italy as core European manufacturing countries. WIOD estimates show a significant lengthening of manufacturing production chains in Europe since the early Nineties, which goes hand in hand with a reduction in domestic value-added shares. The phenomenon is due to an increased participation of emerging countries (e.g. Eastern Europe countries and China) in GVCs and, above all, to a stronger industrial integration of core EU countries. Germany is the major contributor to the manufacturing value-chains of its European partners and can, therefore, reap the most benefits from a growth in the output of its partners. Italian shares are relevant as well, especially for the apparel value-chain. We argue that supply-chain integration will remain strong in Europe, due to the uncertainty that characterizes the global scenario. 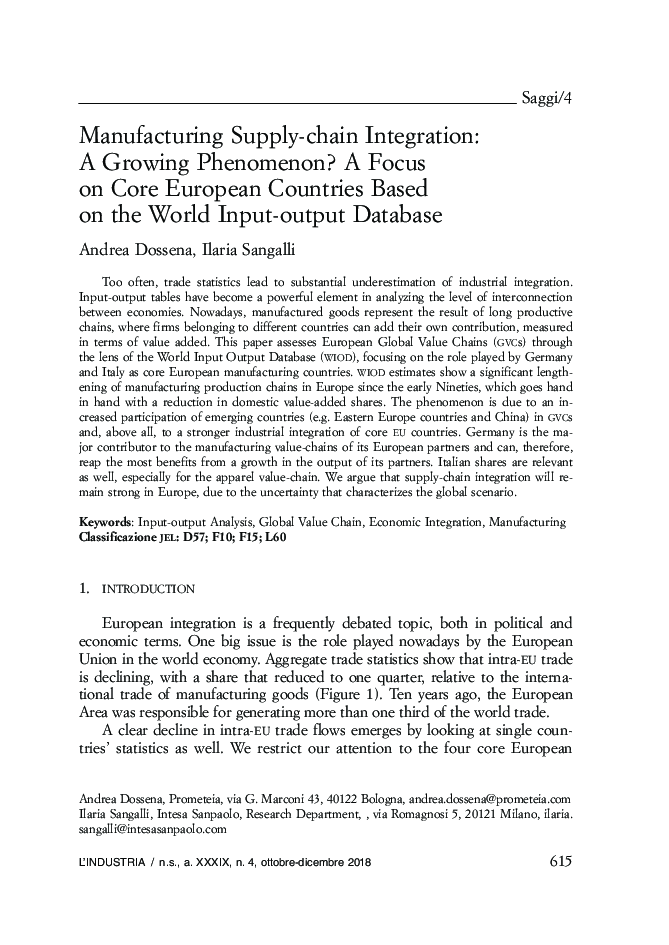