The rate of technical change that is characterising both the telecommunications and the computer industry has been a major driver of the evolution of a close and stable system into an open and dynamic one. The introduction of a cluster of new technologies has originated significant changes within the telecom system and within the economy as a whole. Important technological breakthroughs, culminated with the advent of the Internet, have created a new environment characterised by the convergence of knowledge base and competencies, industries and users previously belonging to separated sectors. In this context, it is possible to identify a sectoral system of the Internet services industry, as a collective outcome of the interaction among its various elements. One of the major features of this sectoral system is the co-evolution between technical change, organisational structure and institutional framework. This paper considers the convergence and merger of previously separated knowledge and technologies, and focuses on the relationships among different types of users, firms with different specialisations, non-firm organisations and sectoral institutions that are at the basis of the emergence of the Internet services industry. The emphasis will be on the innovation processes and on the sectoral dynamics and the research will examine in detail the evolution of this sectoral system in the UK and in Italy. The analysis is largely based upon a set of interviews conducted with Internet service providers in the two countries between June 1999 and March 2000. 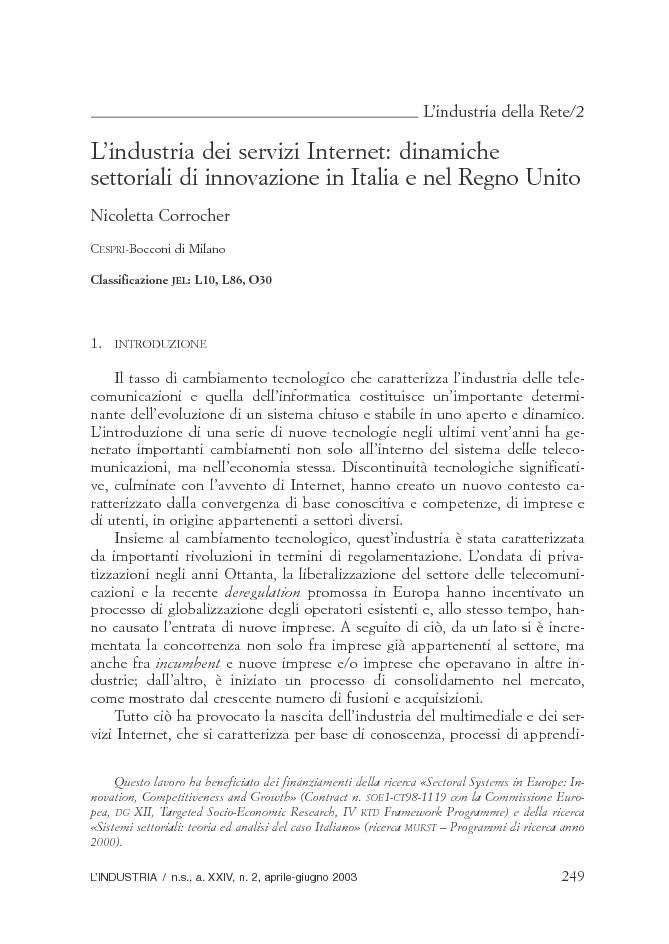