The organizational procedures of project financing (ex ante definition of the infrastructure project by the private promoter/equity sponsor and the public entity; ex ante definition of the contractual documentation, aimed at risk-sharing and monitoring of cash flows, by the sponsor so to negotiate the cost of bank debt) reduce the risk of distortion of the statistical estimates resulting from the simultaneity that typically exists between the choice of financial arrangement of an investment project and its characteristics. The study thus aims to investigate the determinants of the financial structure choices (bank debt, project bonds, equity capital, public grants) made by the project companies in the international project financing market, which can be traced back to the characteristics of the infrastructures, the «non-financial» contracts used for project management and the financial instruments. The empirical analysis is conducted on a sample of 707 project financing transactions (transport, energy, telecommunications; Europe, North America, Middle East; 2000-2016). The article also seeks to provide empirical evidence of the proactive role that the State can be called upon to play in co-financing infrastructure investments, despite the increasing mobilization of private capital. This has implications for the policy-makers' action to promote the development of their country's infrastructure endowment. 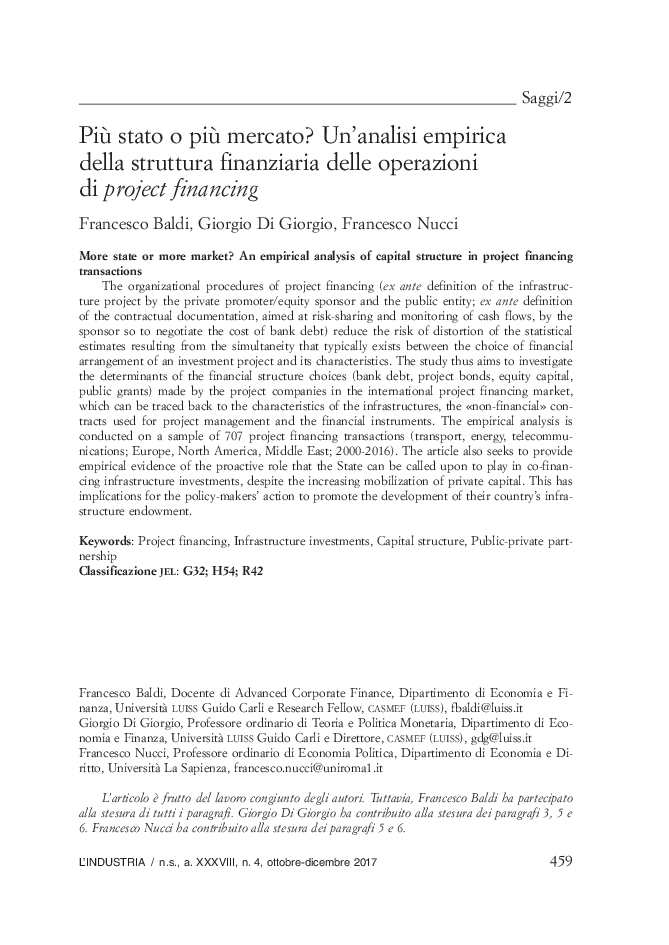