The essay reconstructs the history of the Ilva in Bagnoli, from its creation in 1905 until its dismantlement, and of subsequent restructuring projects. Along the industrial parabola, the crisis of the first modern factory of southern Italy, and of the steel sector in Naples, was due to the confluence between an adventurous national policy and the traditional extractive strategies (towards urban speculation) of the local ruling classes. In light of the historical analysis, some considerations are drawn about the re-launch of Bagnoli's area: the role of national policy will still be crucial, in order to mobilize resources and to provide the operational tools; however, the action from above should properly consider what has recently emerged from the local context, concerning the opposition to speculation and the possible development strategies; at the same time, it should not be paralyzed by endogenous particular interests and opportunisms, the same ones that have ended up to harness and then turn off past re-launch projects. The current strategy appears to move in this direction, but there is a third condition for its success: politics, national in particular, must be able to maintain long-term strategic coherence, absent in the past. 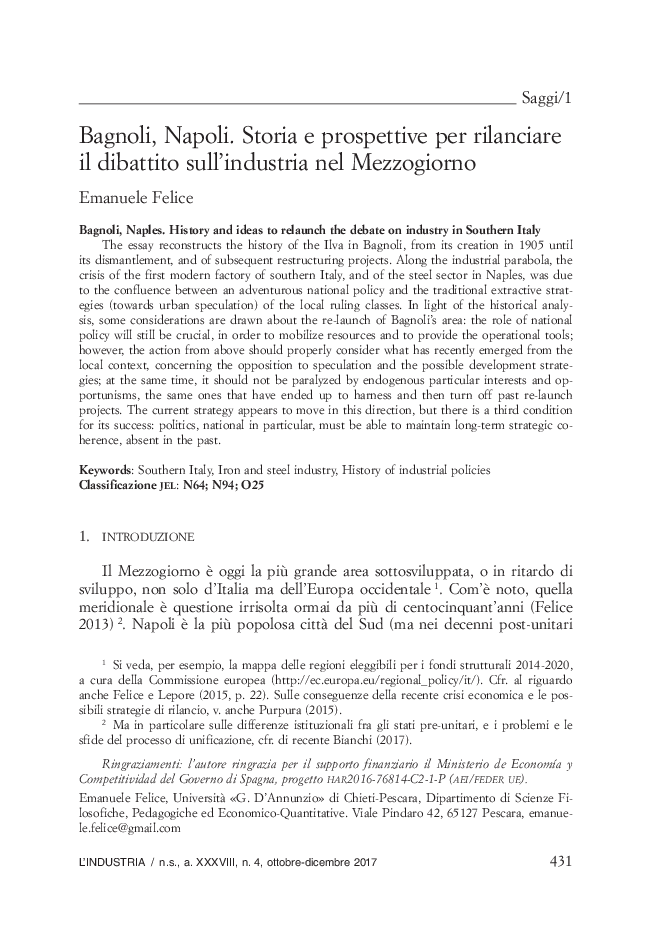