The economist Baumol demonstrated in the 1960s the economic dilemma of the performing arts facing ineluctably rising unit costs. «Baumol's cost disease» (Baumol, 1985) describes the lack of productivity of cultural activities. Rise in wages without productivity leads to an increase in relative prices, a fall in demand and a decline in performing art activities. Subsidies can compensate for the deficit, but they consist in a levy on modern sectors in order to assure the survival of non-productive sectors. People involved in cultural activities tried to build a strong response to this view by emphasizing two main arguments: firstly, culture gives birth to jobs and economic growth. Secondly, in a globalized and digitized world, culture is a stake for soft power and economic power. Therefore, a future for culture should involve 4 main objectives: putting forward the value of the past, linking access and democracy, promoting cooperation between cultures, drawing a renewed relationship between private and public commitment, «real» and virtual contents, creators and their audiences, and national, European and global level of action. 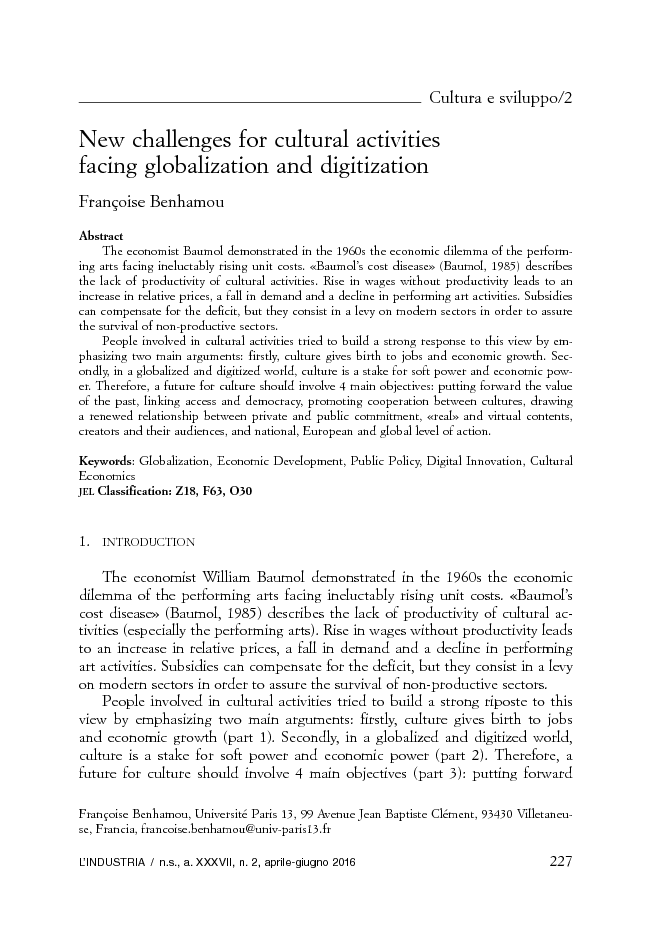