In the Italian post-Unitarian era, we can identify four different models of big business: English, French, German, and American. Those models derived from countries considered more advanced than Italy at that time. The English and French models became obsolete at the end of that century, when Germany and the United States emerged as the new industrial leaders. After the World War I, on the one side the Italian companies inspired to the German model collapsed and were merged into the newly established state-owned holding iri. On the other hand, the Italian companies inspired to the American model remained private jointstock companies, even if strictly connected with the public-owned enterprises. This mixed economy structure survived in Italy up to the end of the xx century, when public companies collapsed. As a consequence, they were privatized while, at the same time, the large private enterprises suffered a dramatic decline. In the years of decline of both public and private big companies emerged a new model: the family company model that promoted the birth of large networks of private small and medium sized firms, able to offer high quality consumer and investment goods in the emerging global markets. This network-high quality production model could be identified as an endogenous Italian model of industrial culture. 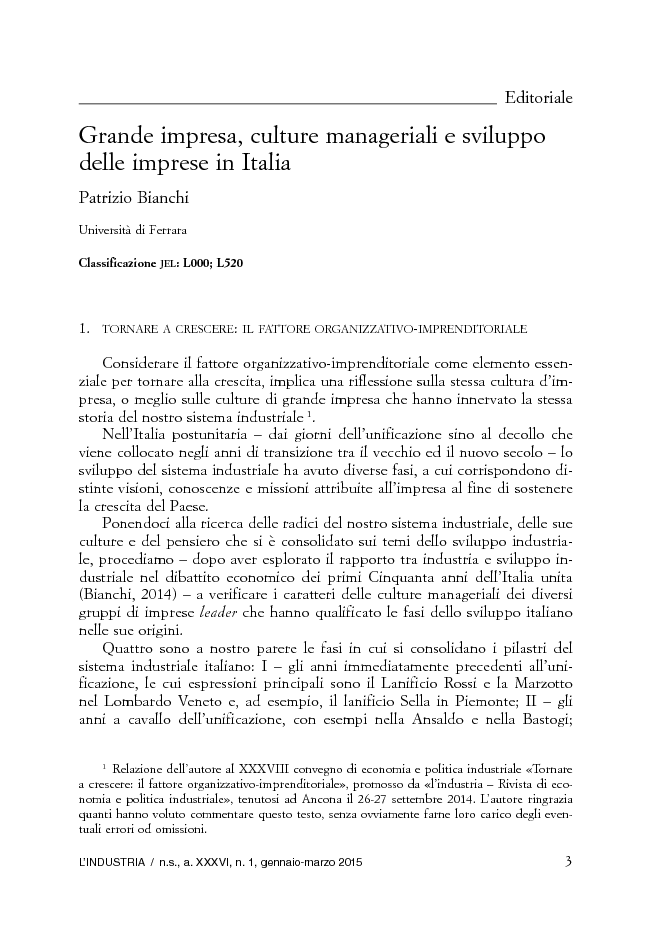