The enforcement of competition policy regarding public procurements is a priority for all competition Authorities in the world. In this contribution we show how several instruments (advocacy, investigations of suspect cases of bid rigging and of abuses of dominant position) have been employed in Italy for dealing with this task. Since the establishment of the Italian Competition Authority in 1990, we have witnessed a change in the emphasis of its policy. In the first period, the prevalent attention was devoted to the goal of preserving sufficiently competitive entry conditions as, in the last period, fighting bid rigging became an important matter of concern. For this goal to be successful, it must be enforced up to the point to induce a modification of the perception of firms (regarding the probability of an antitrust intervention) and, ultimately, of their own incentives. Recent activity seems to be in line with this awareness. 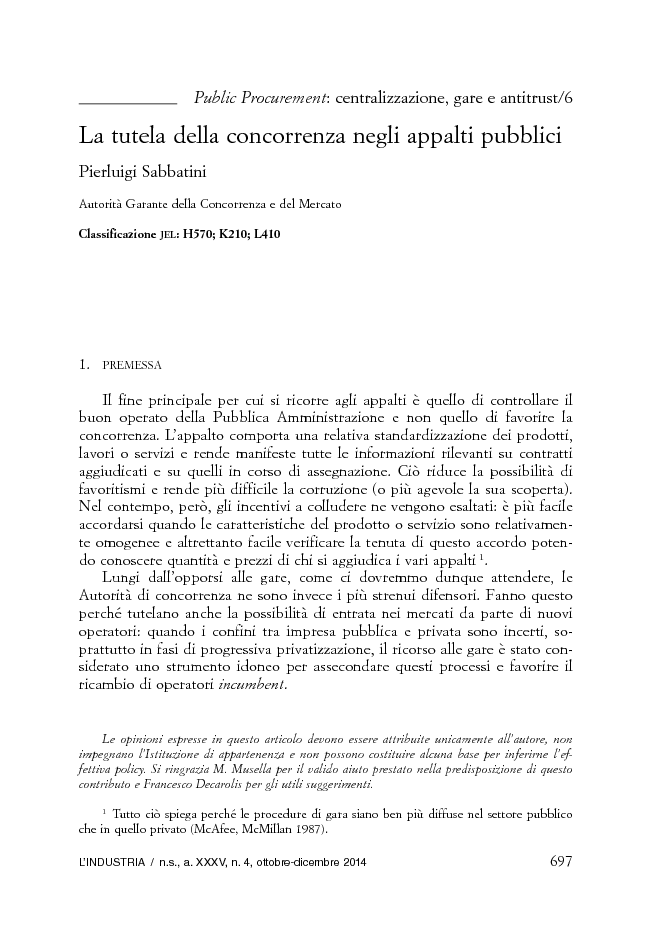