The exploitation of underground energy sources has for decades significantly characterized the economic development of many countries, both in the microeconomic aspects and macroeconomic aspects. Despite the spread of many regardless disputes phenomena, or nimby (Not In My BackYard), the need to re-launch on new logical basis the most important field of research and industrial use of energy from fossil, underground source also requires a revision of the specific tax system, in the first the so-called Royalties, in order to give their consistency with the amendment of Title v of the Italian Constitution, aimed to increasing the role (and the responsibility for) of the local authorities. The consequence would be a general review strongly in favor of the local authorities and the reduction of nimby disputes, too often channeled towards the search for maximum consent or maximum dissent. A virtuous evolution that could lead to greater legislative clarity and a «competition» between the communities, translating the nimby phenomenon in another desirable phenomenon pimby (Please In My Back Yard). 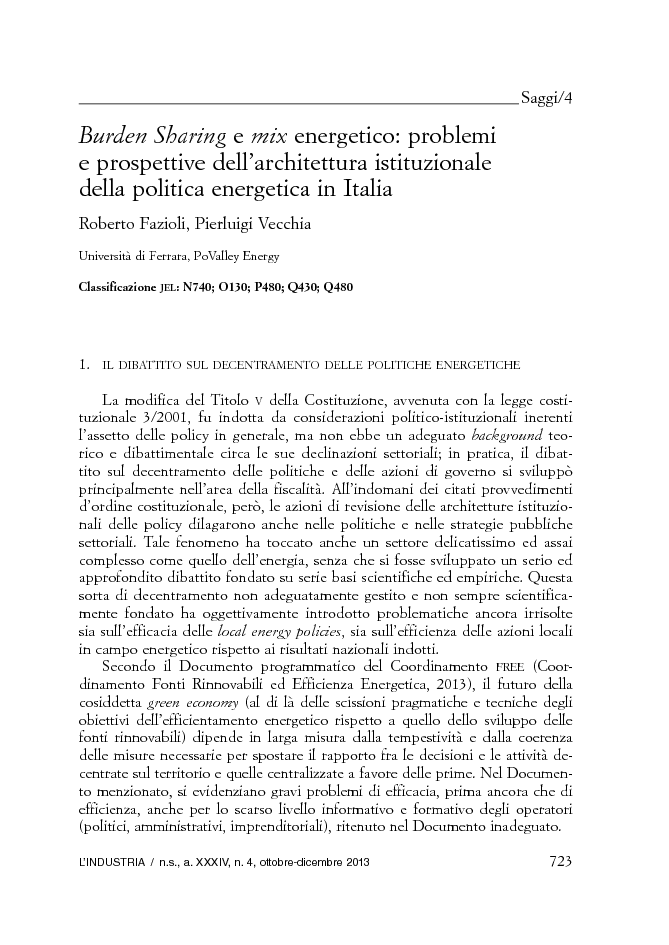