This paper aims to understand the nature and evolution of spatial disparities in China. In the first part, we perform a convergence analysis of the per capita income at province and subprovince level (1996-2009), using the kernel estimator on the distribution of this variable. In the second part of the paper we complement our analysis by looking at the changes occurred in the same period using a Multi-Dimensional Indicator of Development (mid), calculated for each Chinese province and its rural and urban sub-provincial areas. The mid is composed of five dimensions (Macroeconomic Climate, Research and Innovation, Human Capital, Infrastructure and Economic Efficiency) and is used to rank the Chinese provinces and rural and urban areas according to their degree of development for the years 1996 and 2006. Thematic maps of China representing the mid and its dimensions are provided in the paper to visualize the changes occurred over time. 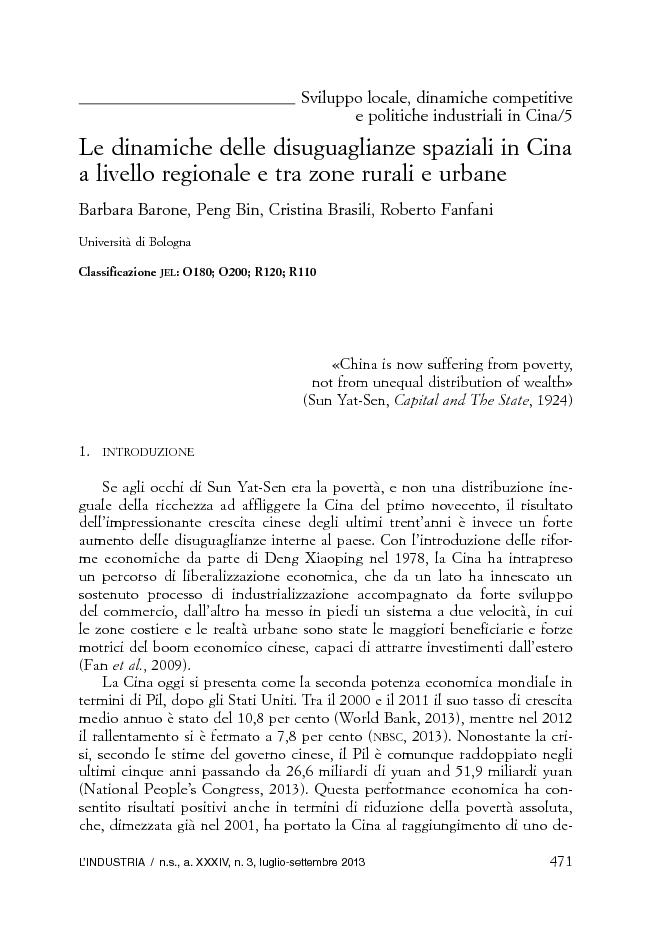