The purpose of this paper is to explore the relationship between industrialization, territories and policies in a specific area of China, namely Guangdong. We will attempt to test the hypothesis discussed in the literature of a process of industrialization geographically unbalanced that in the last few decades has emphasized the dualism between central areas and peripheral areas of the province. The study is developed in two phases. In the first one, the area of Guangdong is divided in two parts, prd and non-prd. In this case we test the hypothesis that both performances and policies are more homogeneous in the prd rather than in the non-prd. This hypothesis is partially confirmed by the statistic tests. We then proceed we the second phase where the territory is further divided into 7 areas. Statistical tests show that the Inner prd is actually the most industrialized area of the region. As concerns the policy intervention, data seem to confirm a shift in the distribution of policies from the center to the periphery. Thus, what we present in this paper illustrates a path of industrialization that has developed a number of differences between territories. 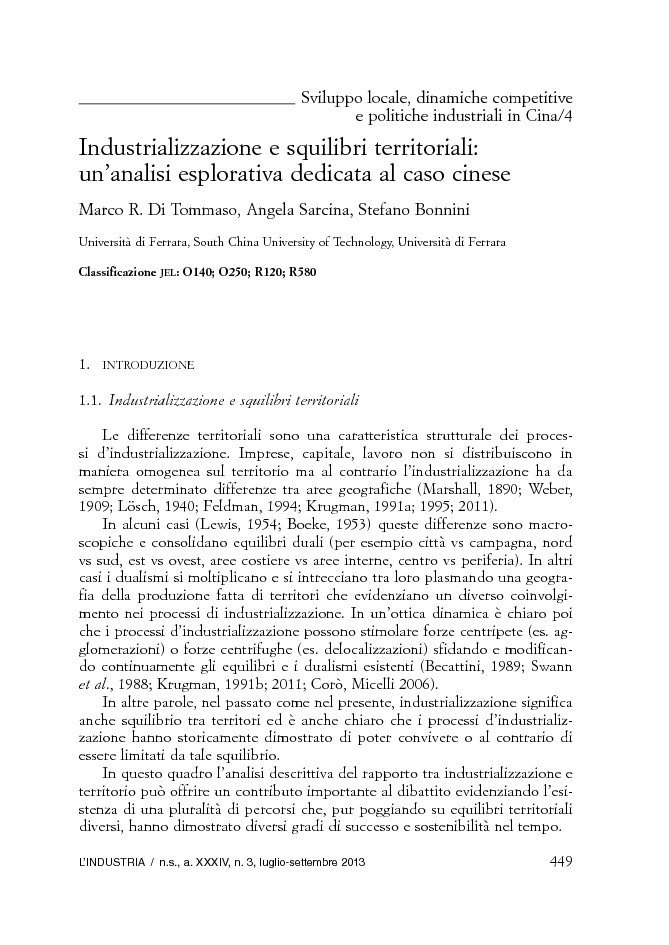